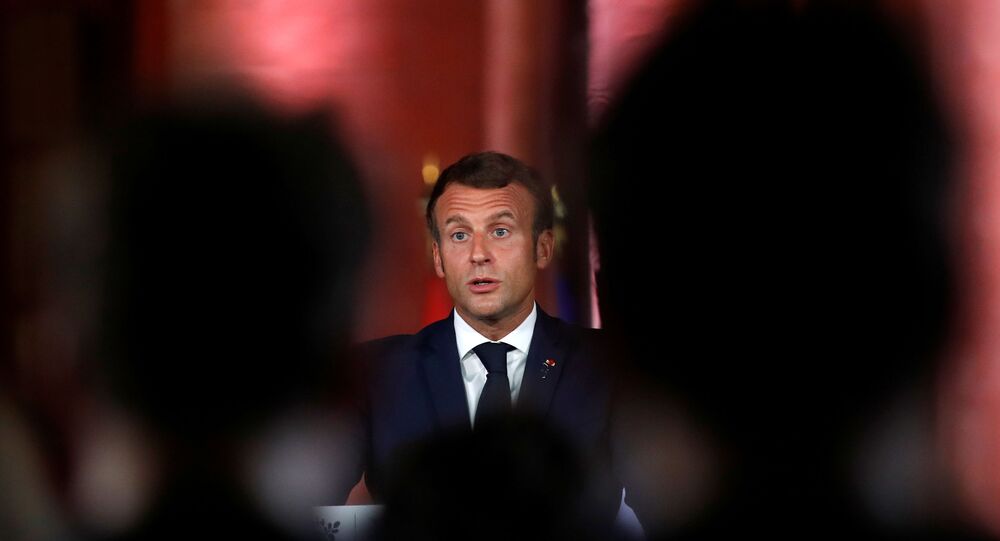 Fourteen alleged accomplices in the 2015 assaults on Charlie Hebdo, a French satirical weekly, and a Hyper Cacher supermarket go on trial in Paris on Wednesday, as the court is set to look into what role the defendants may have played in organising the killing rampage that left 17 people dead and a dozen others injured.

French President Emmanuel Macron has refused to pass judgment on the decision by satirical magazine Charlie Hebdo to re-publish cartoons of the Prophet Mohammad that unleashed a wave of indignation in the Muslim world when they were originally printed, reported Reuters.

“It’s never the place of a president of the Republic to pass judgment on the editorial choice of a journalist or newsroom, never. Because we have freedom of the press,” said Macron on Tuesday during a visit to Lebanon.

However, the President added that French citizens should show civility and respect for each other, and avoid a “dialogue of hate”.

​The comments were made as Charlie Hebdo, a satirical weekly, said on Twitter that it would reprint 12 caricatures of the Prophet Muhammad on the eve of a trial in Paris of alleged accomplices in a 2015 attack on the magazine’s offices by Islamist militant gunmen.

© AP Photo / Lionel Cironneau
In this Wednesday, Jan. 14, 2015, file photo, a seller of newspapers stocks several Charlie Hebdo newspapers at a newsstand in Nice, France. The French satirical newspaper Charlie Hebdo will publish a German version in the country that has given the best reception to the weekly paper outside France since the attacks that wiped out the Paris editorial staff in January 2015

12 people were killed in the bloodshed.

"We will never lie down. We will never give up," editor Laurent "Riss" Sourisseau wrote in a piece to accompany the front cover.

​Among the cartoons, most of which were first published by a Danish newspaper in 2005 and then by Charlie Hebdo the following year, is one that portrays Mohammed wearing a bomb-shaped turban with a lit fuse.

The cartoons had triggered a wave of anger in the Muslim world, where any depiction of the Prophet is deemed blasphemous.

Prior to the attack, militants had gone online to warn the magazine of consequences for publishing the cartoons.

Fourteen suspects in the 2015 assaults on Charlie Hebdo and Hyper Cacher go on trial in Paris on Wednesday.

Brothers Said and Cherif Kouachi had gone on a gun rampage at the offices of the magazine on 7 January that left 12 people dead in its wake, including a number of celebrated French cartoonists.

A policewoman and four other people were killed during a hostage-taking attack a day later by an associate of the brothers, Amedy Coulibaly, at the Hyper Cacher kosher supermarket outside Paris.

All of the perpetrators were killed in the aftermath of the assaults.

© AFP 2021 / THOMAS COEX
A woman walks past a painting by French street artist and painter Christian Guemy, known as C215, in tribute to members of Charlie Hebdo newspaper who were killed by jihadist gunmen in January 2015, in Paris, on August 31, 2020. - Fourteen alleged accomplices in the 2015 jihadist attacks on the Charlie Hebdo satirical weekly, on a kosher supermarket and in the southern Paris suburb Montrouge go on trial on September 2, more than half-a-decade after days of bloodshed that still shock France. The attacks heralded a wave of Islamist violence that has left 258 people dead and raised unsettling questions about modern France's ability to preserve security and harmony for a multicultural society.

The court proceedings in Paris, set to continue for about two months, will be questioning the suspects and hearing the testimonies of victims to determine what role the 14 defendants may have played in organising the killing spree.

Three of the suspects - Hayat Boumedienne, the partner of Coulibaly, and two brothers, Mohamed and Mehdi Belhoucine, are being tried in absentia, with reports claiming they died after travelling to Daesh*- controlled parts of northern Syria and Iraq.

The suspects’ deaths have not been confirmed.

Charlie Hebdo was reported to have a place reserved at the trial, according to a Justice Ministry video of the preparations for the proceedings.