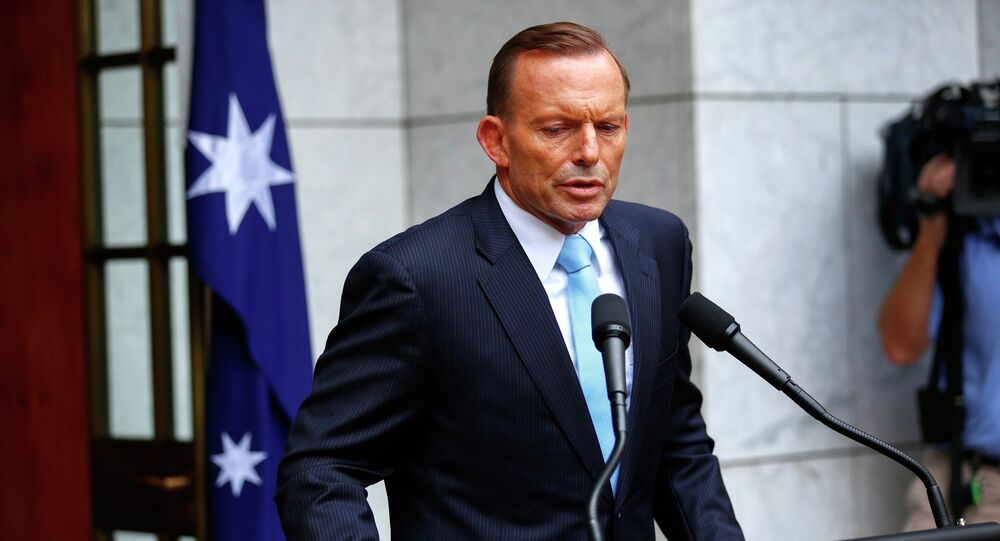 Former Australian Prime Minister Tony Abbott has criticized the effects of certain measures imposed amid the ongoing coronavirus pandemic in his country, while speaking at the Policy Exchange thinktank in London, The Guardian reports.

According to the newspaper, Abbott claimed that "it was costing the Australian government as much as $200,000 to give an elderly person an extra year’s life", with the sum in question apparently being "substantially beyond what governments would usually pay for life-saving drugs", complained about not enough politicians "thinking like health economists trained to pose uncomfortable questions about the level of deaths we might have to live with".

"It’s a bad time for anyone with the virus, but it is also a bad time for people that would rather not be dictated to by officials, however well meaning," he said. "In this climate of fear it was hard for governments to ask ‘how much is a life worth?’ because every life is precious, and every death is sad, but that has never stopped families sometimes electing to make elderly relatives as comfortable as possible while nature takes its course."

The ex-prime minister went on to accuse Daniel Andrews, the Premier of Victoria, of conducting a "health dictatorship" by placing 5.5 million Melburnians under "virtual house arrest with a curfew from 8pm to 5am".

"After six months it is surely time to relax the rules so that individuals can take more personal responsibility and make more of their own decisions about the risks they are prepared to run", Abbott said. "The generation of the second world war had been prepared to risk life to preserve freedom. This generation is ready to risk freedom to preserve life."

Abbott also argued that Australia is suffering "not just from a stop-start economy, but a stop-start life", as the newspaper put it, with young people allegedly losing "a sense of personal responsibility".

"It is not possible to keep 40% of the workforce on some kind of government benefit, and to accumulate a deficit not seen since the second world war, while the world goes into a slump not seen since the Great Depression, caused as much by the government response as the virus itself", he added.