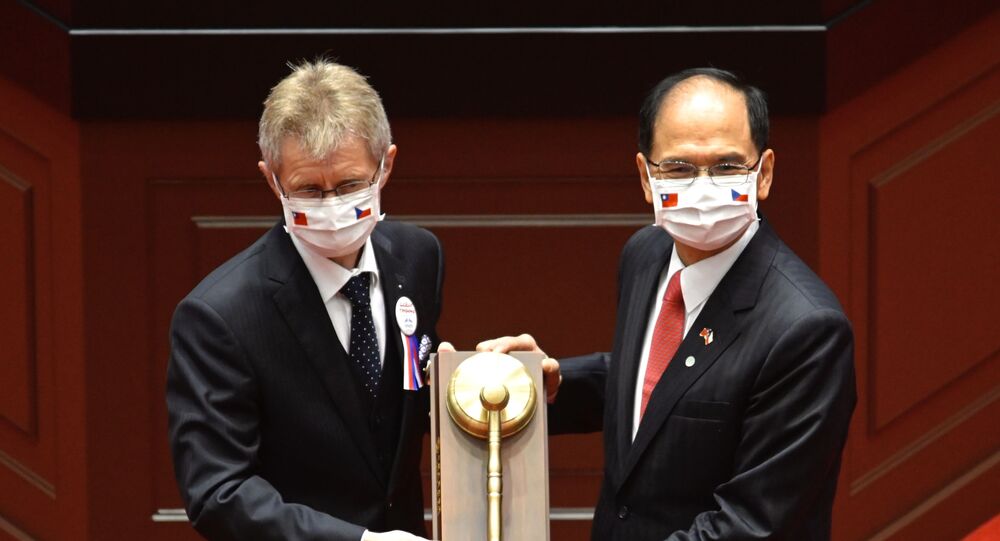 Czech Senate speaker Milos Vystrcil arrived in Taipei on 30 August to promote business links with Taiwan, despite earlier objections from Beijing to what it sees as a violation of the European state's one-China policy.

The Czech Senate speaker's visit to Taiwan amounts to crossing a red line, Chinese Foreign Minister Wang Yi said during a press conference with his German counterpart on Tuesday.

Milos Vystrcil arrived in Taiwan on Sunday together with 90 entrepreneurs for a week-long business trip. Among other meetings, he is scheduled to hold talks with Taiwan President Tsai Ing-wen and to address Taiwan’s parliament.

Commenting on the Czech Senate speaker's visit to Taiwan, Wang Yi warned that he would "pay a heavy price" for that. China views Taiwan as its own territory and says that this breakaway province is ineligible for state-to-state relations.

Vystrcil responded by saying that Wang’s comments constituted interference in the Czech Republic’s internal affairs. He added that his visit "is by no means meant to politically confront anyone."

© AFP 2020 / SAM YEH
Czech Senate speaker Milos Vystrcil speaks to the press at the parliament in Taipei on September 1, 2020.

The speaker's trip to Taiwan has not been supported by the Czech government, with President Milos Zeman and Prime Minister Andrej Babis saying that the country adheres to a one-China policy. However, Prague reacted to China’s strong condemnation of the visit and summoned the Chinese ambassador. Beijing also summoned the Czech ambassador in response.