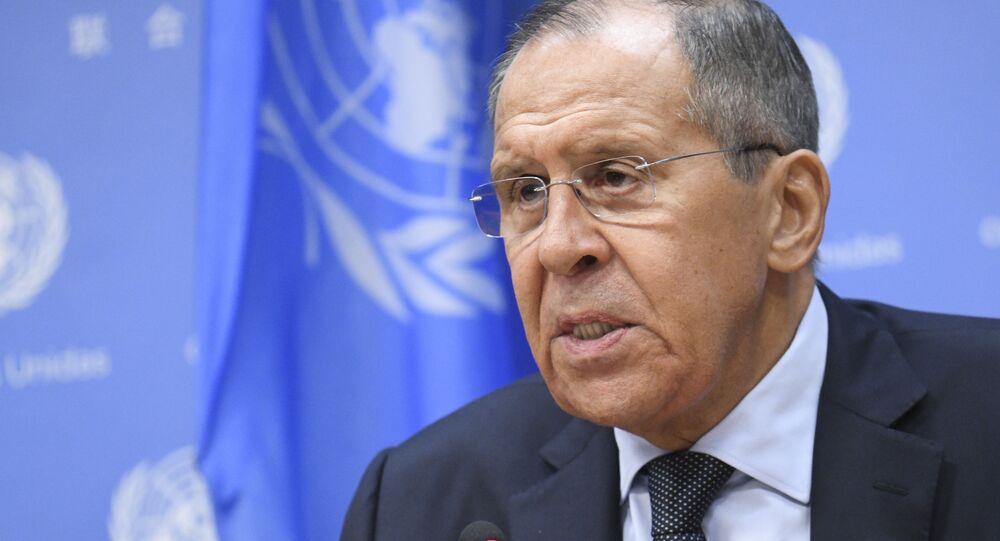 "Look at the statements that the UN Secretary General [Jens Stoltenberg], representatives of the European Union, Western leaders at the helm of the OSCE have been making. Sermonizing in a tone that demonstrates not a single doubt that others should do as told," the minister said at a meeting with diplomacy students.

The five permanent members of the UN Security Council will have an in-person summit as soon as the situation with the coronavirus allows, Sergey Lavrov said.

"We think it is crucial for the permanent UN Security Council to adhere to their commitment to the UN rules and hold a summit as soon as possible, this is an initiative of President [Vladimir] Putin, the summit that would be a chance to review all ways to improve global security while using the capacities of these five countries," Lavrov told the students of MGIMO.

"All members of the Five responded positively to the proposal of president Putin. I hope that, as I discussed recently with my partners, this summit will take place as soon as the situation with the coronavirus takes place. It must, of course, be held in person," the minister said.

Russia is ready to help the United States and Iran to have a direct dialogue, Russian Foreign Minister Sergey Lavrov said Tuesday.

"We are still ready to support direct dialogue between the US and Iran, ready to help create the conditions for the dialogues if both sides are interested. It is always better to directly outline one's complaints, directly hear the answer," the minister said.

Earlier, Washington announced plans to trigger the snapback mechanism to reimpose all UN sanctions against Iran — previously lifted under the JCPOA — after failing to get the UN Security Council to pass a resolution aiming to indefinitely extend the arms UN embargo on Iran.

Moscow Falsely Accused of Not Launching Probe - Lavrov on Navalny

Moscow is being accused of not launching a probe on the situation with Russian opposition figure Alexey Navalny, but it is not true, Foreign Minister Sergey Lavrov said Tuesday.

"We are being accused that we are not investigating the situation, this is not true. The Interior Ministry launched a pre-trial investigation the day it happened, the investigation itself can only begin when it becomes clear what happened, which is still not clear and the German doctors cannot give us relevant information," Lavrov said at a meeting with diplomacy students.

On 20 August, Navalny suffered an acute health situation during a domestic Russian flight. Following an emergency landing in the Siberian city of Omsk, he was hospitalized. On 22 August, Navalny, who is in a coma, was flown to Berlin for further treatment at the Charite clinic.