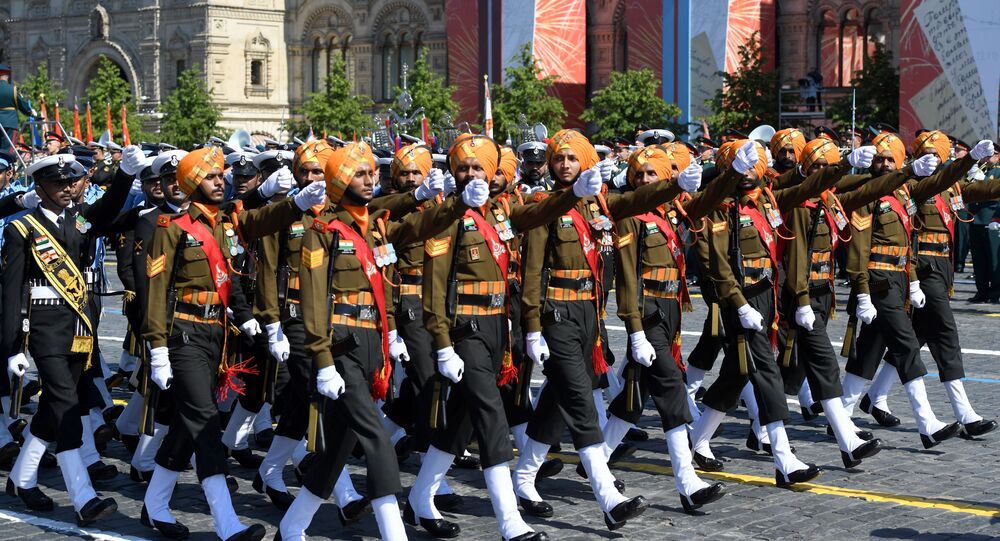 Tensions between New Delhi and Beijing escalated in June after the two countries’ militaries clashed in the disputed Ladakh region, resulting in the deaths of 20 Indian servicemen. While they have since been involved in negotiations to disengage, these are yet to bear fruit.

India will not be taking part in the joint Kavkaz 2020 war games in Russia, which will be attended by the militaries of Iran, Pakistan and China as well, Indian Defence Ministry sources have said. The sources say Delhi has already notified the Russian Defence Ministry about its withdrawal. Earlier media reports suggested that some 200 Indian troops would take part in the event.

According to them, the key reason for the decision was China’s participation in the games, as New Delhi and Beijing are still working on de-escalating tensions in the Ladakh region, which is claimed by both states and partially controlled by both.

The Indian Defence Ministry later confirmed that its forces won't be taking part in the war games hosted by Russia, but presented a different explanation for the move, linking it to the ongoing pandemic.

"Russia and India are close and privileged strategic partners. At Russia's invitation, India has been participating in many international events. However, in view of Pandemic and consequent difficulties in exercise, including arrangements of logistics, India has decided not to send a contingent this year to Kavkaz-2020", the ministry said.

Tensions between the two countries began to escalate in May, when the first melees took place between Chinese and Indian troops, but they reached a peak in the middle of June. On 15 and 16 June, the two militaries engaged in another brawl at the Line of Actual Control (LAC), which resulted in 20 fatalities among Indian troops and an unconfirmed amount of casualties on China's part. Beijing claims that the incident was triggered by India's forces crossing the Line of Actual Control (LAC) – the de-facto border between China and India in the disputed Aksai Chin or Ladakh region

© REUTERS / DANISH ISMAIL
What is the Indo-Chinese Ladakh Border Conflict About and Why Has It Escalated Again?

The two nuclear-armed nations engaged in clashes in Ladakh for the first time in many years and are currently trying to negotiate a disengagement of forces and de-escalation of tensions. The dispute over the region stems from the Sino-Indian War of 1962, which broke out after India and China failed to agree on where their border should be drawn. New Delhi appeals to documents from the British colonial era to justify its land claims, while Beijing refers to China historically exercising de-facto control over the part of the Ladakh region that is crucial for the country, as the area hosts a strategically important road connecting the Tibet and Xinjiang regions.