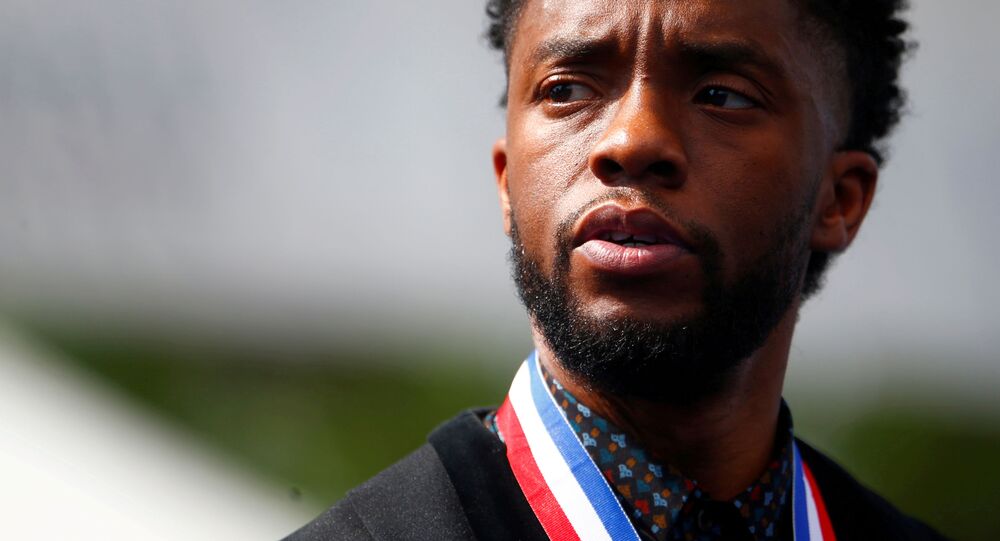 Sad news about "Black Panther" star Chadwick Boseman dying of cancer after a four-year fight rocked the world earlier on Friday, causing a large number of fans, fellow actors and other prominent figures to express their grief.

According to the official statement, Boseman passed away after combating colon cancer for four years.

"The true power of @ChadwickBoseman was bigger than anything we saw on screen. From the Black Panther to Jackie Robinson, he inspired generations and showed them they can be anything they want — even super heroes. Jill and I are praying for his loved ones at this difficult time", Biden tweeted.

The true power of @ChadwickBoseman was bigger than anything we saw on screen. From the Black Panther to Jackie Robinson, he inspired generations and showed them they can be anything they want — even super heroes. Jill and I are praying for his loved ones at this difficult time.

Shortly after Biden's tweet, his running mate, Kamala Harris, tweeted an emotional post, saying that she is "heartbroken" over Boseman's death.

Heartbroken. My friend and fellow Bison Chadwick Boseman was brilliant, kind, learned, and humble. He left too early but his life made a difference. Sending my sincere condolences to his family. pic.twitter.com/C5xGkUi9oZ

Condolences from Biden and Harris join a wave of grief on social media from Marvel fans, Boseman's fellow actors and multiple prominent media figures praising the Marvel star as "true king", "warrior of light" and "legend".

An actor, director and producer, Boseman became globally famous after portraying T'Challa, the king of a fictional Marvel country named Wakanda, in the breakout hit movie "Black Panther". He continued the role in a series of Marvel Universe movies such as "Avengers: Infinity War", "Avengers: Endgame" and "Captain America: Civil War".