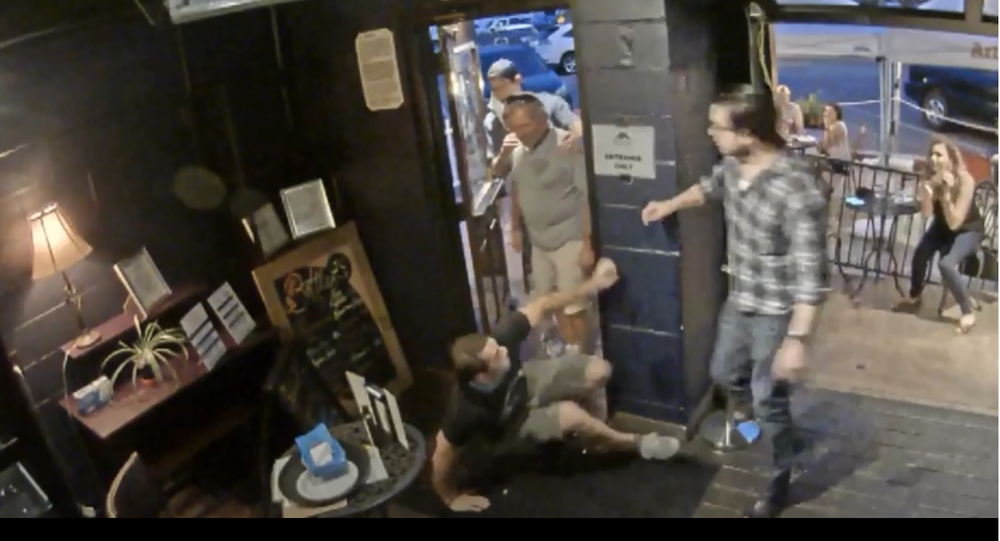 Incidents of customers in the US refusing to wear masks or obey social distancing regulations while in public during the ongoing coronavirus COVID-19 pandemic are nothing new, with some polite and simple reminders quickly escalating to an altercation resulting in violence against those doing the reminding.

A Colorado bartender was violently shoved by an adult customer after the latter was required to comply with the facility's COVID-19 regulations to wear a protective face mask within the establishment.

Surveillance video shared by Stephen Gould, the owner of the Golden Moon Speakeasy bar, showed the attacker, identified as 62-year-old John Roche, cursing after he was asked by the bartender to wear a face mask, before Roche aggressively shoved the employee into a door frame, causing damage to a latch, according to the owner.

Gould told Fox 31 that Roche should be jailed for his attitude, particularly as the bar worker was simply doing his job by informing him of the mask ordinance. The bar employee reportedly sustained a bruise to his back.

“This is an adult, mature man, acting like a high school kid over being asked to wear a mask,” Gould said. “It’s ridiculous, it’s juvenile, and for him to walk in and attack somebody, the guy needs to go to jail.”

The bar owner spoke of mask effectiveness in slowing the spread of the deadly respiratory disease amid the ongoing pandemic, adding that Roche’s attitude was “unreasonable” and “selfish”.

“Even if you don't believe the data, it's the law,” Gould said of mask effectiveness. “We could get shut down. What's unreasonable is somebody being so selfish and self-centered that they're going to walk into any business, not just mine, demand that they be above the law and then get violent when someone says, I'm sorry, it's the law.”

According to Fox 31, the attacker was later arrested by police and has been charged with trespassing and harassment.

Police said that it was “clear […] that he was intending to harass, annoy or alarm this victim.”

It's not the first incident in the US in which bartenders, waitstaff and other public workers have been attacked by visitors and customers after being politely informed of the COVID-19 health policies. Recently, a 17-year-old girl working as a hostess at a Chili's chain restaurant in the US was attacked by a group of diners while attempting to apply COVID-19 social distancing orders.