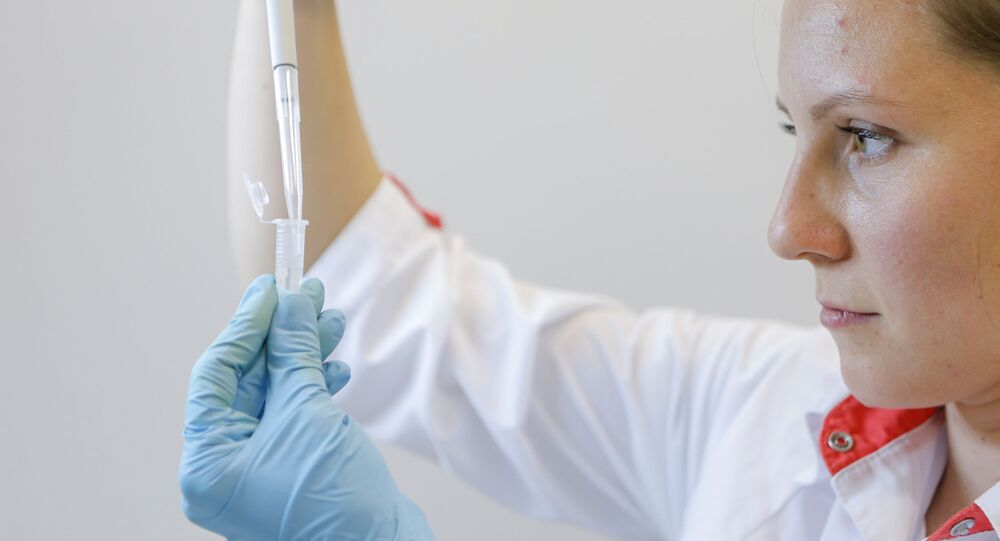 Russian FM: US Sanctions on Institute Working on COVID Vaccine Aimed at Promoting Their Own Pharma

On Wednesday, the US slapped sanctions on five Russian institutes, accusing them of developing chemical and biological weapons. The restrictions were specifically imposed on a research institute of the Russian Defence Ministry that developed the first COVID-19 vaccine together with the Gamaleya Institute.

Russian Foreign Ministry spokeswoman Maria Zakharova on Friday said that the US sanctions against Russian institutes working on a COVID-19 vaccine are aimed at promoting their own pharmaceutical companies.

"We are not sure that this is the right step towards cooperation in the fight against the [coronavirus] pandemic, the importance of which, we think, is not disputed even in Washington", she stressed.

Referring to the US, Zakharova added that "one gets the impression that it is all about the trivial use of sanctions pressure in the interests of promoting their own companies, now pharmaceutical ones, as is the case with the ongoing promotion of their gas on the European market".

The statement comes a day after Kremlin spokesman Dmitry Peskov pointed out that Washington's latest round of restrictions on Russian research institutes on the grounds that they're developing chemical and biological weapons are nonsensical.

"This is a continuation of a sort of an addiction to sanctions. Some kind of a Theatre of the Absurd of sanctions. We, of course, categorically reject any statements alleging some of our organisations of involvement or participation in the development of chemical and bacteriological weapons — this is absolute nonsense", he told reporters on Thursday, citing the US imposition of sanctions as "another example of overt, unbridled, and unfair competition".

Asked to clarify whose addiction he meant, Peskov referred to the US, which he said "cannot live without sanctions and without going a single day without a declaration of sanctions, or rather restrictions, on anyone".

The vaccine, which was registered on 11 August, was tested on 76 volunteers separately at two institutions — the Moscow-based Sechenov University and the Russian Defence Ministry's Burdenko Main Military Clinical Hospital. Phase 3 in the trial of the Russian vaccine, involving around 2,000 people, is currently underway.

Putin: Russia Will Have Second COVID-19 Vaccine in September