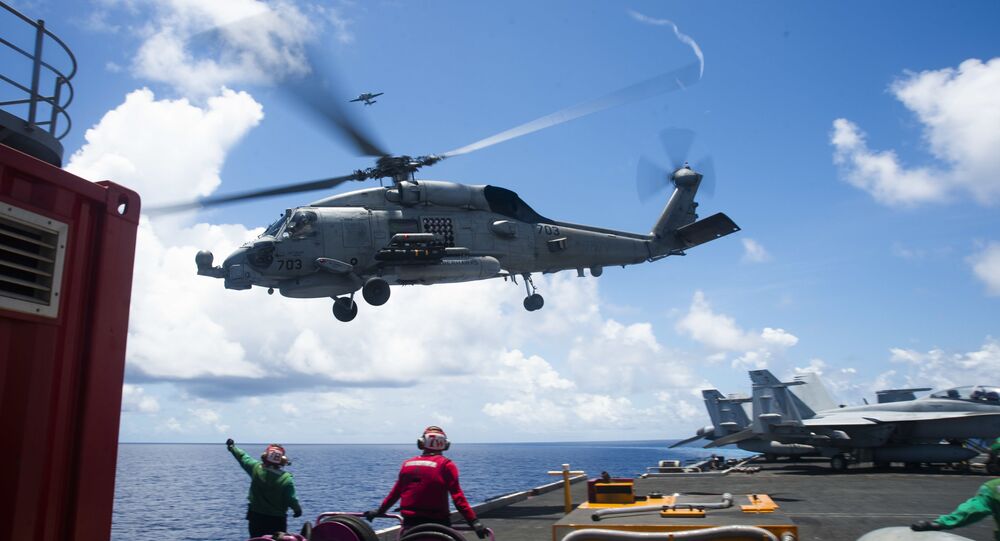 China fired two missiles, including an “aircraft-carrier killer”, into the South China Sea on 26 August, "sending a clear warning to the United States", the South China Morning Post (SCMP) newspaper said, citing a source close to the Chinese military.

The Pentagon has called the reported Chinese missile launches in the South China Sea "destabilising".

The statement comes after US Special Presidential Envoy for Arms Control Marshall S. Billingslea wrote on Twitter that China is mistaken if it believes launching ballistic missiles could intimidate Washington.

According to the South China Morning Post, China fired two missiles into the South China Sea, with one of the missiles, a DF-26B, being fired from the province of Qinghai, and the other, a DF-21D, from Zhejiang province. Both landed in an area that had been closed off in connection with military drills. The report said, citing a source, that this was an act of "warning" to the United States after a US spy plane trespassed into a no-fly zone that had been declared by Beijing during a military drill off its northern coast.

© AFP 2021 / STR
Manila Vows to 'Call Up Washington' if Beijing Attacks Philippine Warships in South China Sea
The newspaper's source said it was China's response to potential risks brought by the "increasingly frequent incoming US warplanes and military vessels in the South China Sea".

According to the SCMP, the missile launch occurred one day after China said an American U-2 reconnaissance aircraft had a no-fly area entered without permission during a Chinese live-fire naval drill in the Bohai Sea.

China claims sovereignty over much of the South China Sea and has built military bases on artificial islands in the area. The United States views the sea as an international waterway and routinely defies China with patrols by US and allied warships in so-called freedom of navigation exercises.