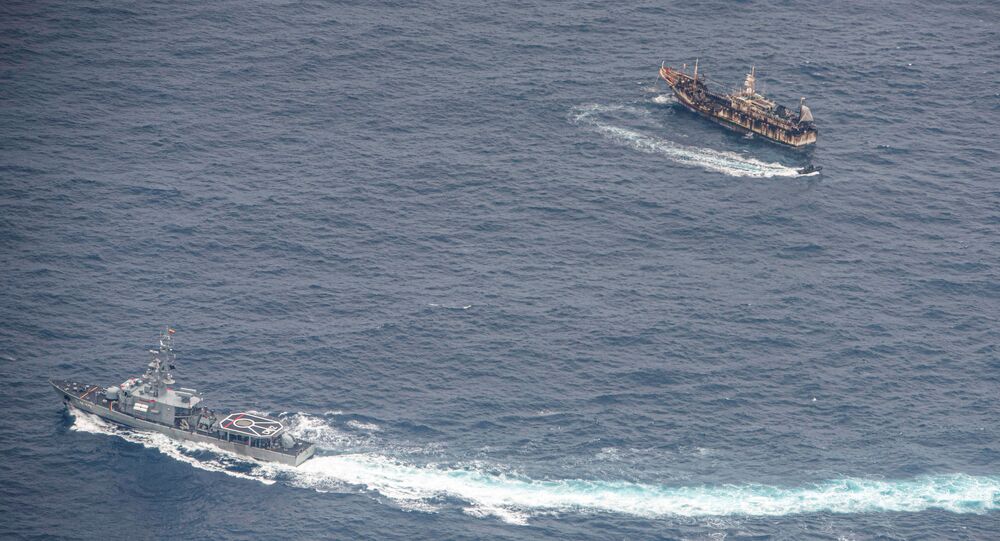 WASHINGTON (Sputnik) - US Secretary of State Mike Pompeo on Thursday that the United States finds reports of several hundred Chinese vessels near the Galapagos Islands disabling tracking systems and leaving marine debris to be very concerning.

Reports of 300+ Chinese vessels near the Galapagos disabling tracking systems, changing ship names, and leaving marine debris are deeply troubling. We again call on the PRC to be transparent and enforce its own zero tolerance policy on illegal fishing. https://t.co/qrYlqY9QAJ

​"We again call on the PRC [People’s Republic of China] to be transparent and enforce its own zero-tolerance  policy on illegal fishing."

The Ecuadorian Foreign Ministry said at the beginning of August that China has agreed to observe a temporary fishing moratorium off the coast of the Galapagos Islands.

The Chinese authorities have expressed willingness for vessels to be subject to checks by Ecuadorian officials and bilateral consultations will continue over the coming weeks and months as Beijing has said it stands fully opposed to all illegal fishing, the Foreign Ministry said.

A fleet of some 260 Chinese vessels was identified near the Galapagos Islands, although the ships are believed to have remained in international waters, Ecuador's El Universo reported.