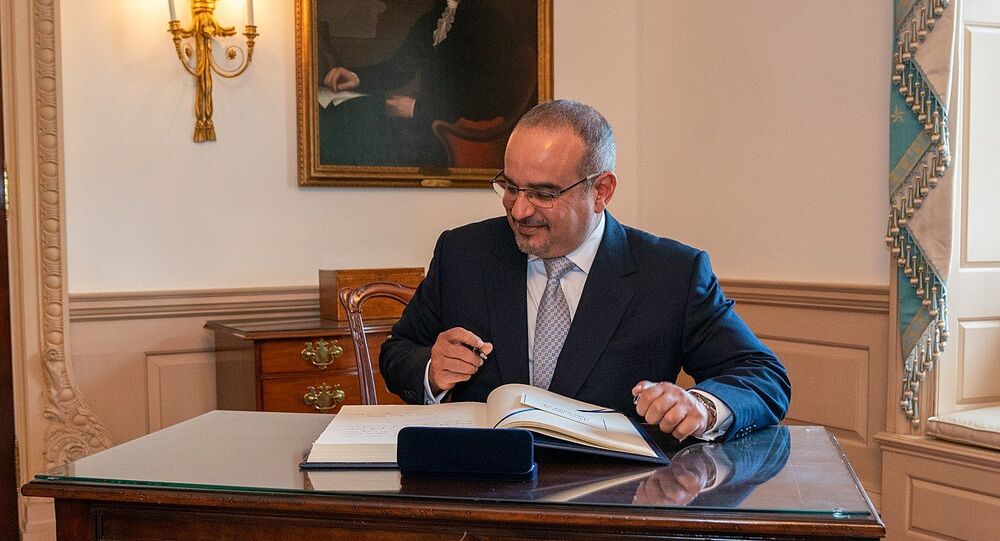 MOSCOW (Sputnik) - US Secretary of State Mike Pompeo said on Wednesday that he had held a meeting with Bahrain's Crown Prince Salman bin Hamad Al Khalifa to discuss peace and security in the Middle East.

"Met today with Crown Prince of Bahrain, His Royal Highness Salman bin Hamad Al Khalifa. We discussed the importance of building regional peace and stability, including the importance of Gulf unity and countering Iran’s malign influence in the region," Pompeo wrote on Twitter.

The small island nation is the US secretary's third stop on his Middle East tour after paying working visits to Israel and Sudan to discuss Iran's ongoing regional threats, as well as to celebrate the historic US-brokered peace deal between the Jewish state and the United Arab Emirates.

Bahrain and Sudan are seen as the most likely nations from the region to follow Abu Dhabi and conclude peace agreements with Israel.

Last week, President Donald Trump announced that the US had brokered a peace deal that will see Israel and the UAE fully normalize relations and establish diplomatic ties. In addition, Israel will suspend the West Bank annexation plans.

The UAE-Israel agreement to normalize bilateral relations was brokered by the US and announced in principle on 13 August. If concluded, it will make the UAE the third Arab country to have a full peace deal with Israel after Egypt in 1979 and Jordan in 1994.