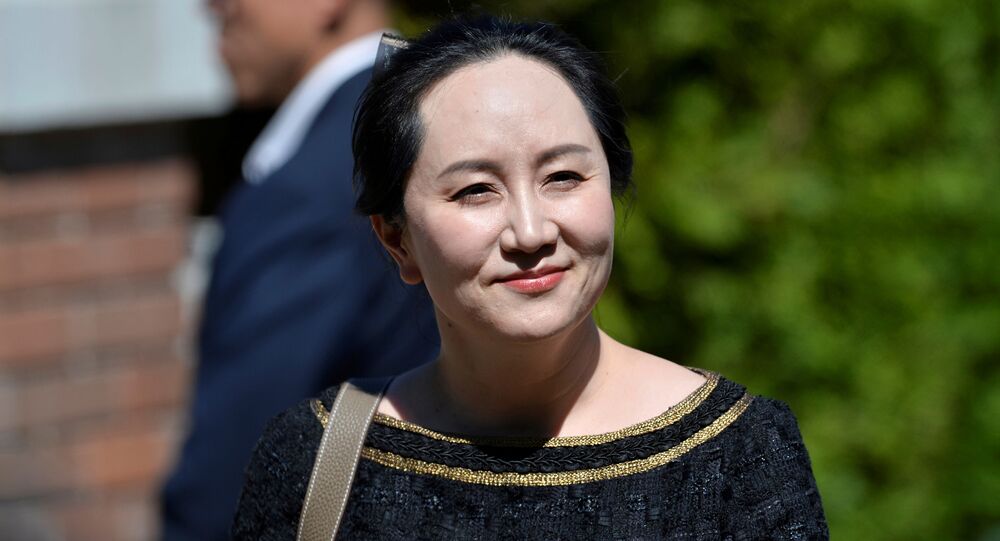 TORONTO (Sputnik) - Huawei Chief Financial Officer Meng Wanzhou’s request for the release of additional documents relating to her extradition case has been blocked, a Canadian Federal Court judge said in a ruling.

The Huawei executive and her legal team have sought access to confidential documents that are considered sensitive to national security.

“The Application is granted to prohibit the disclosure of the redacted information in accordance with the joint proposal of the amicus and Attorney General of Canada,” Judge Catherine Kane said in the ruling released on Tuesday.

Meng’s lawyers argued that the documents show that an abuse of process had occurred, while the judge ruled that the sealed documents bear no relation to this line of defence.

Meng, the daughter of Huawei founder and CEO Ren Zhengfei, was arrested on 1 December 2018 at Vancouver International Airport during a layover stop at the request of the US government.

In May, British Columbia Supreme Court dismissed the Huawei executive’s application to end extradition proceedings against her.

The arrest of Meng and two Canadian nationals in China - former diplomat Michael Kovrig and businessman Michael Spavor – brought diplomatic relations to its lowest point in years, which have slightly rebounded amid global efforts to contain the novel coronavirus pandemic. Both Beijing and Ottawa view the detention of their nationals as political incidents.