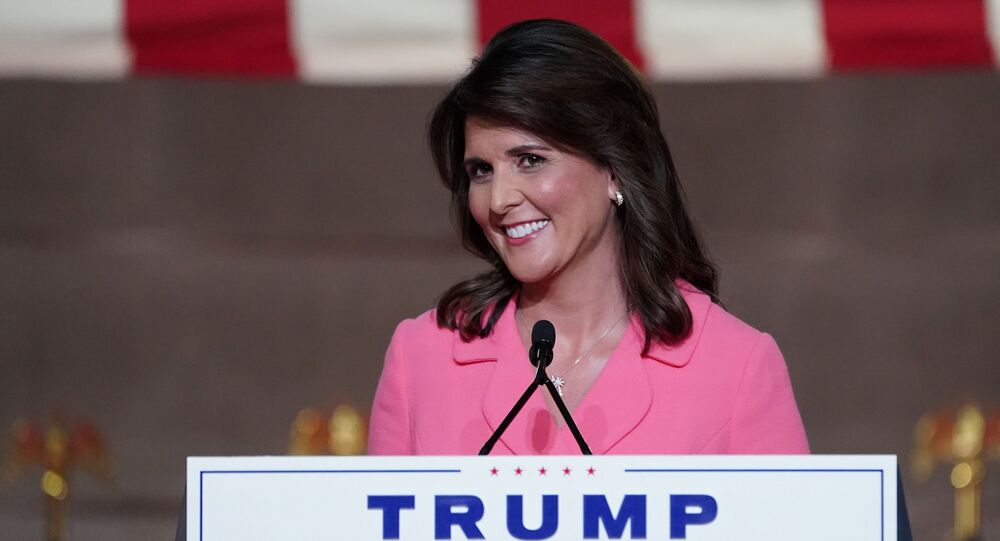 Ex-governor of South Carolina and former US Ambassador to the UN Nikki Haley was among the star speakers on the first night of the Republican National Convention, which will last from 24 August to 27 August. President Donald Trump is set to be re-nominated as the GOP candidate for the November election.

Presumably in response to the Democrats’ selection of Kamala Harris as VP candidate, Nikki Haley invoked her Indian heritage during her speech at the Republican National Convention on Monday. Claiming that America is not racist, she termed her Indian identity as an example.

"This is personal for me. I am the proud daughter of Indian immigrants. They came to America and settled in a small southern town. My father wore a turban. My mother wore a sari. I was a brown girl in a black and white world", she said.

If you missed my speech tonight, here’s the video. ❤️🇺🇸 https://t.co/4w89mVGAP1

​Contradicting her own claims, she said that her family faced discrimination and hardship when they came to the US but they never gave in to grievance and hate. “My dad taught 30 years at a historically black college. And the people of South Carolina chose me as their first minority and first female governor,” said the sole Indian-American speaker at the Republican National Convention.

Haley, who accused Democrats of making it fashionable to shame America for racism during the speech, is now being mocked on Twitter over her self-contradictory statement, where she says America is not racist before admitting to having been discriminated against.

when Nikki Haley said “America is not a racist country” pic.twitter.com/ZLcDfBKWas

Nikki Haley doesn't want to admit what her family endured in South Carolina was racism, oh no, it was "discrimination and hardship". Is it because she's a "brown girl" not a "black girl?"#RepublicanNationalConvention

Nikki Haley using her father “who wore a turban” and her mother “who wore a sari” in her White supremacist apology is a special kind of brown kid sin that has no agreed upon recourse.

​Some netizens are even slamming Haley for expunging her Indian heritage as she stopped using her name Namrata Randhawa and is instead known as Nikki Haley.

she was also Nimrata Randhawa at that time...long before she changed her name and expunged her heritage.

© AP Photo / Susan Walsh
'New Shining Star': Will Nikki Haley Become GOP's Presidential Hopeful Either in 2024 or 2028?
Both Indian-American women Harris and Haley have downplayed their Indian identities but up until their speeches at the party conventions, where both recalled the struggle of their families being immigrants. Haley, the first female governor of South Carolina and the first female Indian-American governor elected in the United States, is from an Indian-American Sikh family.

Meanwhile, speculations are rife that Haley may be a favourite for the Republican nomination in 2024 due to her "solid conservative record, foreign policy experience and strong appeal among US minorities due to her Indian Punjabi ancestry".

According to Indian media, the Indian diaspora in the US has traditionally favoured the Democratic Party in overwhelming numbers, but many claim a shift towards the Republican Party is underway in the upcoming presidential election, especially given Trump's rapport with Prime Minister Modi and tough approach to China.

'New Shining Star': Will Nikki Haley Become GOP's Presidential Hopeful Either in 2024 or 2028?