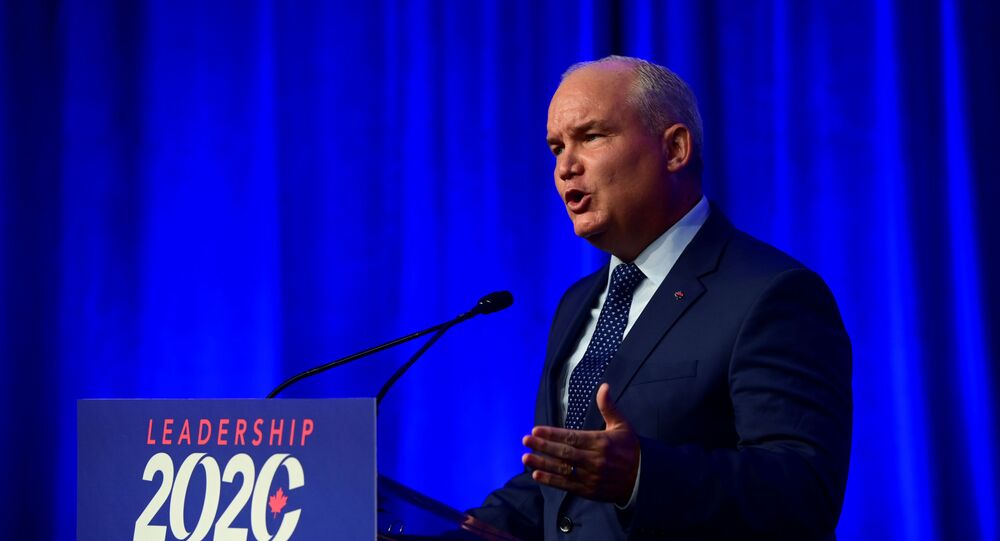 The race to choose a successor to Andrew Scheer has wrapped up with an unprecedented turnout and number of ballots, three years ahead of the next general election.

Canada’s Conservative Party has seen the highest number of votes cast in a leadership contest that picked Erin O’Toole to take on the scandal-ridden Prime Minister Justin Trudeau.

The biggest opposition party has received a total of 174,849 ballots in the just-finished election, where all ballots were mailed in due to coronavirus-related concerns, also setting a national record.

This year’s leadership race shrank to just four contenders versus 13 in the previous election.

Erin O’Toole, an MP from Ontario and former cabinet minister, beat former Nova Scotia MP Peter MacKay with 57 percent of the vote on the third ballot.

Last month, the Conservative Party grew its membership to nearly 270,000 paid members. Upwards of 175,000 ultimately cast a ballot, setting the turnout at a record-breaking 65 percent.

The incumbent Prime Minister Justin Trudeau was elected Liberal Party leader in 2013 after winning 81,389 votes out of 104,552.