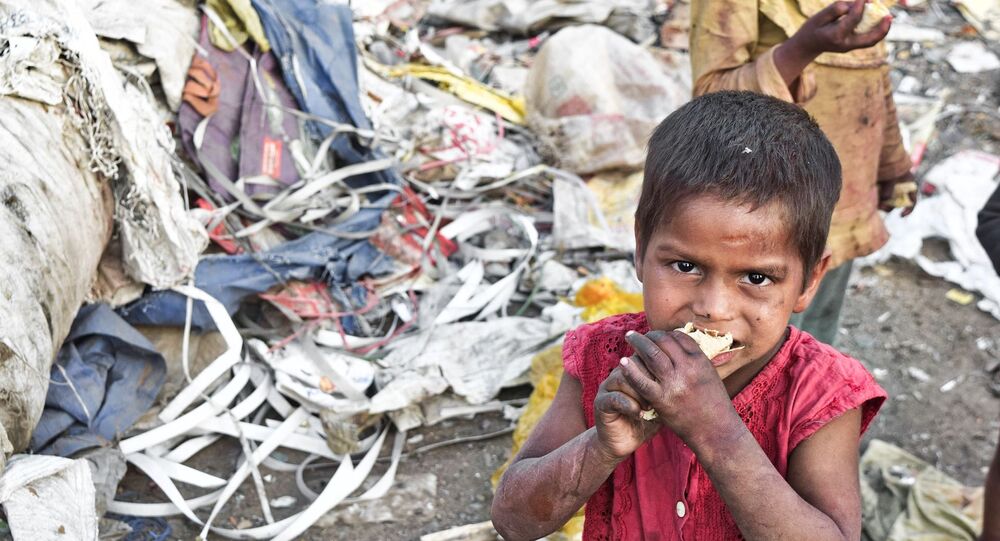 Prior to the pandemic, the head of UN World Food Programme warned that 2020 would be the worst year since the Second World War because of the severe damage inflicted upon food systems by natural disasters and conflicts.

The coronavirus pandemic will result in a "widespread famine of biblical proportions", said David Beasley, chief of the United Nations World Food Programme, urging the international community to act now in order to avoid a catastrophe.

"We are not talking about people going to bed hungry. We are talking about extreme conditions, emergency status - people literally marching to the brink of starvation. If we don’t get food to people, people will die", Beasley said.

According to the WFP, more than 30 developing countries could experience widespread famine and 10 of them already have more than one million people on the brink of starvation. According to the WFP’s forecast, Latin America will face the most dramatic surge in the number of malnourished people – a 269 percent increase, followed by countries in East and Central Asia – a 135 percent increase, and Southern Africa – a 90 percent increase. Overall, the number of people experiencing malnutrition in the world is projected to grow by 80 percent

The situation in South Sudan causes the utmost concern, said David Beasley. The country, plagued by civil war and ethnic violence, has five million people whom the WFP is already helping. This year, the number of malnourished people increased to 6.6 million.

Besides conflicts, natural disasters, and the coronavirus pandemic, this year countries worldwide have suffered from the worst locust invasions in decades, which have resulted in thousands of hectares of crops being destroyed and are threatening the livelihoods of 10 percent of the world’s population (780 million).

As if this was not enough, the situation was exacerbated even further by the devastating blast in Lebanon's capital Beirut, which occurred at the beginning of August. The powerful explosion not only destroyed stockpiles of grain in the city, but severely damaged its port, which was used to deliver 85 percent of the food supplies to the country.

What needs to be done?

The chief of the UN World Food Programme said that before the pandemic, the agency was providing help to 138 million people in 83 countries. For many of them, Beasley says, the WFP is the "last hope for survival". To be able to continue helping these people, the agency needs $4.9 billion more in the next six months.

Money is not the only problem. Due to the coronavirus-induced lockdowns, relief workers have been unable to deliver aid, so access is another thing that is greatly needed.

“We need money and access – not one or the other, both”, David Beasley said. "Many will die, children will suffer from the consequences of malnutrition for many years, and the world will lose all the progress made in fighting hunger over the past decade, If we get money and we keep the supply chains open, we can avoid famine”, he said.