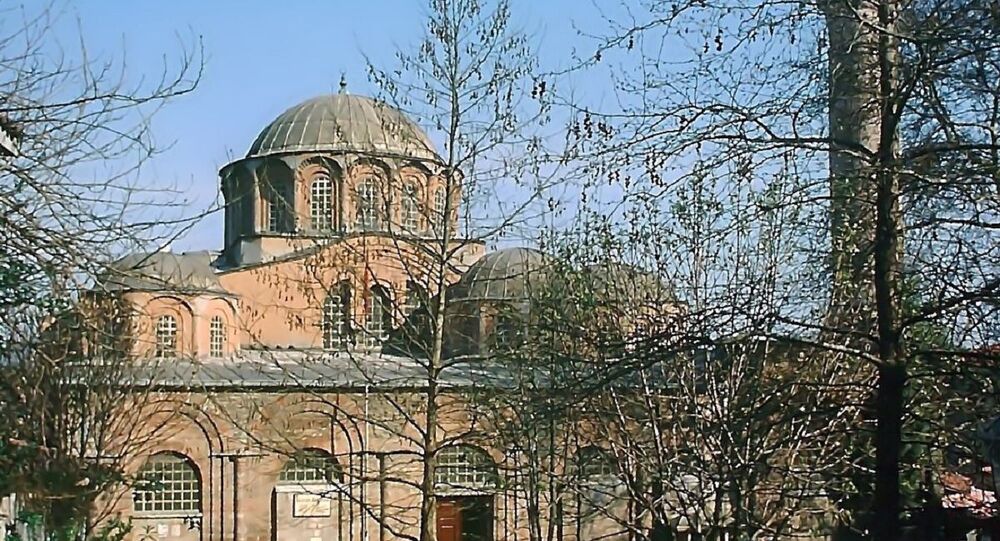 ANKARA (Sputnik) - Turkey’s Directorate of Religious Affairs on Friday confirmed that the authorities plan to convert another former Istanbul-based Orthodox church, the Holy Saviour in Chora, into a mosque, less than a month after the first Muslim prayer was held in Hagia Sophia.

"This building, where a museum and its funds were located until 2019, is transferred to the administration of the Directorate of Religious Affairs by the decree of Turkish President [Recep Tayyip Erdogan]. It will be opened for [Muslim] prayers. The exact date is not yet determined. Some preparations are required, and our Istanbul branch will be responsible for them", a spokesperson of the directorate said.

Earlier in the day, the Greek ERT broadcaster reported that Turkey was turning Chora Church into a mosque, citing a relevant government decree.

Chora Church, originally built as a monastery complex in the 4th century, is one of the oldest historical buildings in Istanbul. It was converted into a mosque in 1511. In 1958, Chora was opened as a museum to the public.

Hagia Sophia, one of the most iconic Byzantine symbols in present-day Turkey, was converted into a mosque in July. Many countries have expressed regrets over Ankara’s decision, while Turkey views the matter as its internal affairs.