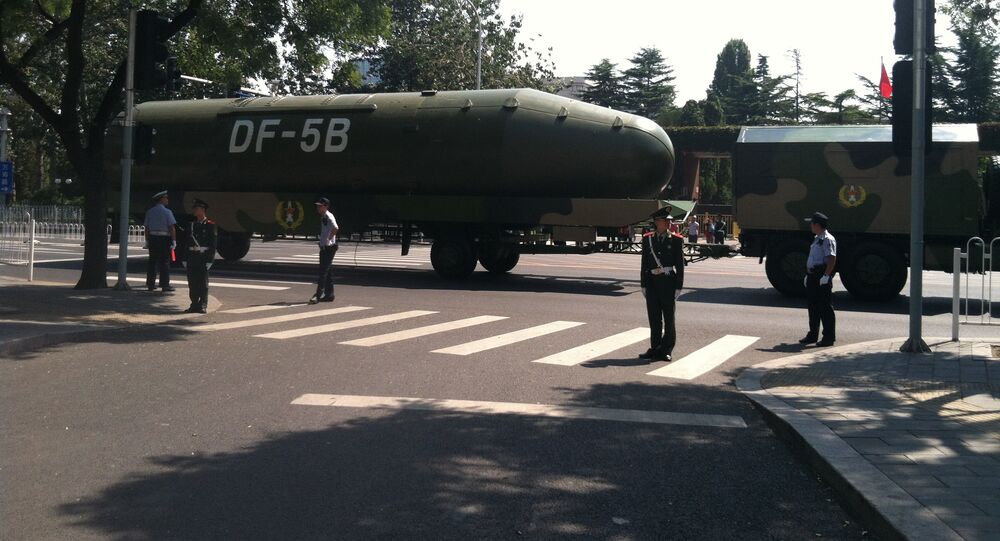 China, which is believed to have a far smaller nuclear arsenal than those of Russia and the US, earlier declined an invitation to join the two’s Vienna arms control talks, dashing Washington's hopes of making the New START Treaty trilateral.

US Special Presidential Envoy for Arms Control Marshall Billingslea has described the expansion of China's nuclear arsenal as a "rapid buildup", arguing that Beijing has sought to achieve "nuclear parity" with Moscow and Washington.

The claims were made as Russia and the US wrapped another round of arms control talks in Vienna which, in particular, focused on the future of the New START Treaty that expires next year.

Billingslea promised to prod China, which earlier rejected Washington’s invitation to join the talks, to review its decision.

"It is incumbent on the Chinese upon themselves to recognise that they have an obligation to negotiate with us and the Russians in good faith. And we intend to hold them to that obligation”, the US special envoy said.

The remarks followed Chinese Ambassador to Russia Zhang Hanhui stating late last month that Beijing sees the US’ push to engage China in trilateral arms control talks as an attempt by Washington to conceal its pursuit of nuclear hegemony.

The White House “has repeatedly made proposals on arms control for China, Russia and promoted the 'China factor' to distract international attention, pursuing to justify its withdrawal from the US-Russian New Strategic Arms Reduction Treaty [New START] and pursuing 'self-liberation' and achievement of absolute strategic advantage. China and Russia see this very clearly", Zhang pointed out.

Nuclear Weapon Archive
Beijing Media Calls for Quadrupling China’s Nuclear Weapons as US Continues Encirclement
This followed the Trump administration asserting in April that China has been covertly testing nuclear weapons and expanding its warhead arsenal, allegations that were rejected by Beijing as “totally unfounded”.

The New START, which expires in February 2021, is the last remaining arms control accord in force between Moscow and Washington after the collapse of the Intermediate-Range Nuclear Forces Treaty.