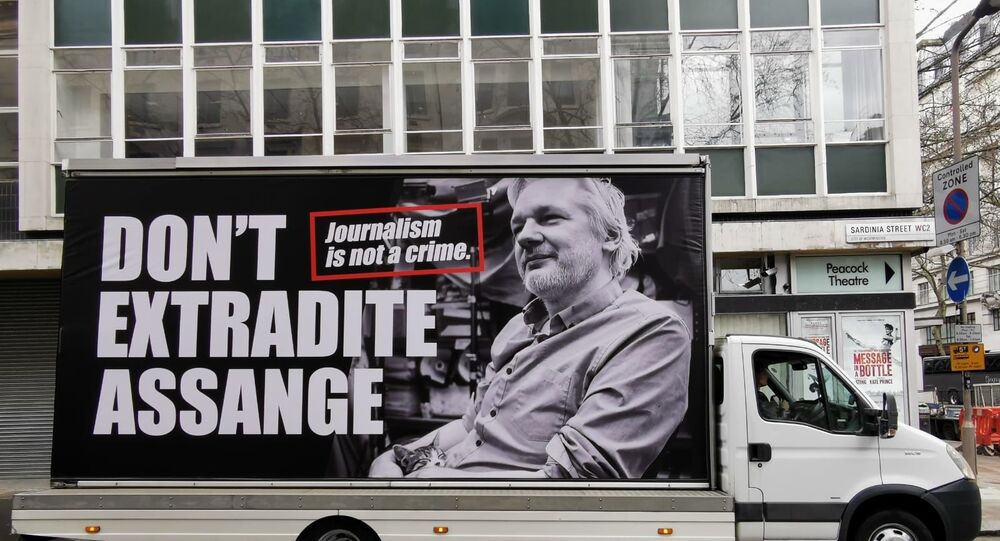 LONDON (Sputnik) - The mother of Julian Assange, Christine, compared the situation regarding her son's extradition to the US from the UK with the biblical fight between David and Goliath.

"My son journalist Julian Assange is in a David & Goliath fight. Hes up against the unlimitted resources of the US Govt", she tweeted on Thursday.

Christine Assange also pledged support for her son's partner, Stella Morris, who has started a crowdfunding campaign to raise funds to cover the legal costs of the whistleblower’s extradition hearing, which is scheduled to begin on September 7 at the Magistrates Court in London.

Assange was arrested in London in April 2019 at the Ecuadorian Embassy, where he sought refuge seven years before. He was initially sentenced to 50 weeks in prison for jumping bail but has remained in custody pending his extradition trial as he is deemed to be a flight risk.

If the UK court consents to his extradition, Assange could be sentenced to 175 years behind bars.

The extradition trial, which started in February and was then postponed due to the COVID-19 pandemic, may be subject to further delay because the US Department of Justice has lodged a new superseding indictment that extends the scope of the criminal charges brought against him.