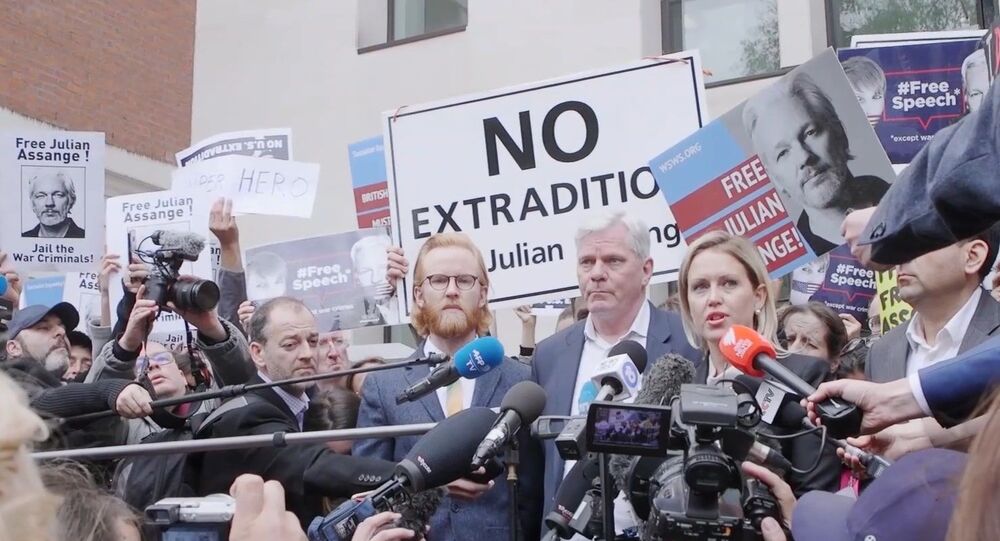 The potential extradition of the WikiLeaks publisher to the US and his treatment whilst in the UK "sets a risky precedent for the entire democratic world", according to legal experts who have signed on to a detailed open letter to the British Prime Minister.

152 lawyers and 15 legal associations have signed a detailed and scathing open letter condemning what they describe as the denial of Julian Assange’s "right to a fair trial before the UK courts". Mr Assange, the co-founder of WikiLeaks, remains incarcerated in Belmarsh maximum-security prison as he challenges his potential extradition to the United States to face charges under the Espionage Act, for his role in publishing classified US documents.

The letter was sent to Prime Minister Boris Johnson, as well as the Home Secretary, Secretary of State for Justice, and Foreign Minister on 14 August 2020, though it was only made public on 17 August.

The signatories, which include the International Association of Democratic Lawyers and the Association of American Lawyers, point to the potential conflicts of interest which Chief Magistrate, Senior District Judge Emma Arbuthnot, who ruled against Mr Assange early on during the extradition process, failed to disclose. The case has since been taken over by Judge Vanessa Baraitser, though as Chief Magistrate Judge Arbuthnot remains responsible for overseeing proceedings in the Magistrates' Courts.

According to the letter Lady Arbuthnot: "has been shown to have financial links to institutions and individuals whose wrongdoings have been exposed by WikiLeaks, the organisation which Mr. Assange founded.... This seemingly clear conflict of interest was, however, not disclosed by the District Judge."

They also note that:

"Mr. Assange has been denied time and facilities to prepare his defence in violation of the principle of equality of arms which is inherent to the presumption of innocence and the rule of law."

The examples they give include: the inability of Mr Assange to be able to properly consult with his lawyers (most recently his lawyers have complained that it has been 17 weeks since they were able to consult properly with their client), Judge Baraitser's refusal to permit Mr Assange to sit with his lawyers during the substantive hearings (despite recognising that she has the legal authority to do so) and the delay of months before the defendant was provided a laptop to review the thousands of documents in his case which, once finally provided by prison authorities, remains unsuitable for his needs.

Judge Baraitser's refusal to address Mr Assange's alleged mistreatment is also singled out by the jurists. One key example is when prison authorities, "handcuffed him 11 times, placed him in 5 different cells, strip-searched him twice, and confiscated his privileged legal documents".

"One of the most dangerous features of the Assange case is the idea that the US can seek to extradite any person, anywhere in the world, if they upset US interests. This extraterritorial reach is contrary to the rule of law and a dangerous attempt to undermine freedom of speech, a right all of us should cherish.”, said Former National President of the Australian Lawyers Alliance, Greg Barns who is among the signatories.

“The case of Julian Assange is about political transparency, democratic legitimacy, free journalism and public media, which no individual should ever give up, and which no political institution, power or government should deny, prevent or punish. The trial’s implications are of great importance in modern society.”

Signatories of the letter also warn that Mr Assange faces cruel and unusual punishment in the US and note with concern the fact that the UN torture expert and two other medical experts have recorded that the publisher has exhibited clear symptoms of psychological torture.

The documents published by Mr Assange revealed, among other things, war crimes and other criminality committed by US-led forces in Iraq, Afghanistan and Guantanamo Bay, Cuba. He faces up to 175 years in prison in the US if he is convicted on all of the charges in the indictment.