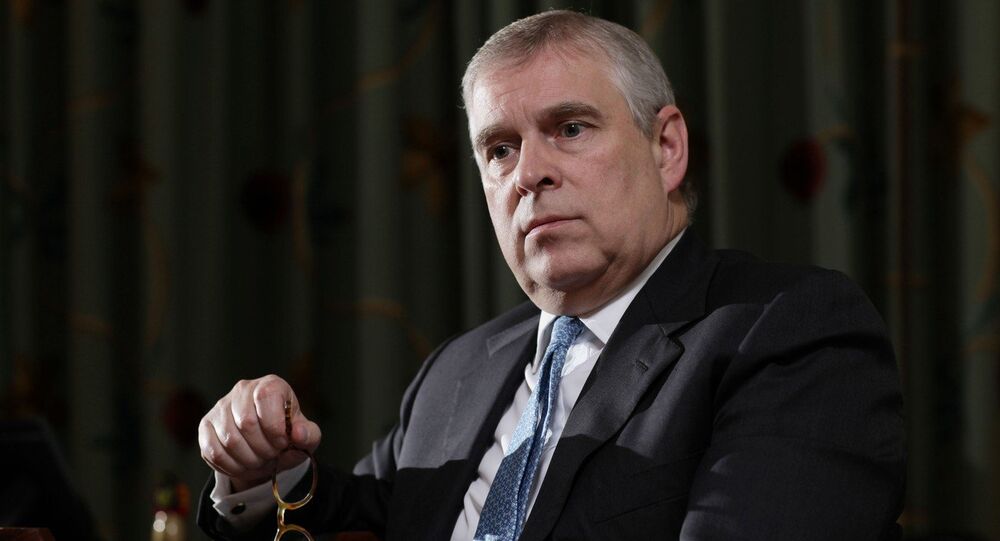 The Duke of York has faced strong backlash after the arrest of the billionaire in 2019. In an interview with the BBC he confirmed that he visited Epstein’s mansions and private island, where the financier’s alleged victims said Epstein abused underage women, but denied that he had sex with Virginia Giuffre, Epstein’s alleged sex slave.

Scotland Yard Commissioner Dame Cressida Dick offered assistance to investigators working on the Jeffrey Epstein case, specifically noting Prince Andrew’s ties with the disgraced financier and convicted pedophile and sex abuser. Speaking on Channel 4 News, Dick said “the locus and focus of any investigation in relation to Jeffrey Epstein for example is clearly in America”, but noted that the Metropolitan Police Service would provide help investigators "at any stage" if they ask.

The statement comes as the Duke of York and prosecutors have traded accusations in recent months about the ongoing investigation. Following Epstein’s death on 10 August of 2019, Prince Andrew - Queen Elizabeth's youngest son - posted a statement saying he was willing to assist investigators, but attorneys claim that the royal provided no cooperation. The legal team went so far as to accuse him of stonewalling the case. The prince’s legal team said he has offered help on at least three occasions and accused the US Department of Justice (DOJ) of seeking publicity. US Attorney Geoffrey Berman said that Prince Andrew is again seeking to falsely portray himself to the public as eager and willing to cooperate.

After mutual accusations British media reported that DOJ lodged a request to interview the prince via a mutual legal assistance treaty, a joint agreement between the United States and the United Kingdom that allows both countries to ask for assistance in interrogating individuals in criminal cases.

The Royal and The Beast

One of Epstein’s alleged sex victims, Virginia Giuffre (nee Roberts), has testified under oath that Epstein trafficked her into London and forced her to have sex with Prince Andrew on at least three occasions, including while she was underage. In a BBC interview the royal gave after Epstein was arrested and found dead in his cell, the Duke of York said he visited Epstein’s mansions and his private island, but denied that he had sex with Giuffre, offering instead an alibi that he was with his children on the day she testified that the two were together.

He also said he has no recollection of meeting the woman, although there is at least one photo clearly showing him with Giuffre while she was underage. The royal claimed that "nobody can prove whether or not that photograph has been doctored".

In the same interview, the Duke of York tried to distance himself from Epstein and his imprisoned companion Ghislaine Maxwell, who was charged last month with grooming young women for Epstein, claiming that he was not to close with them. The royal also commented on why he met Epstein in 2010 after the billionaire had been registered as a sex offender in his first criminal case. The royal said he visited Epstein and stayed at his house to explain to him that their friendship was now over.