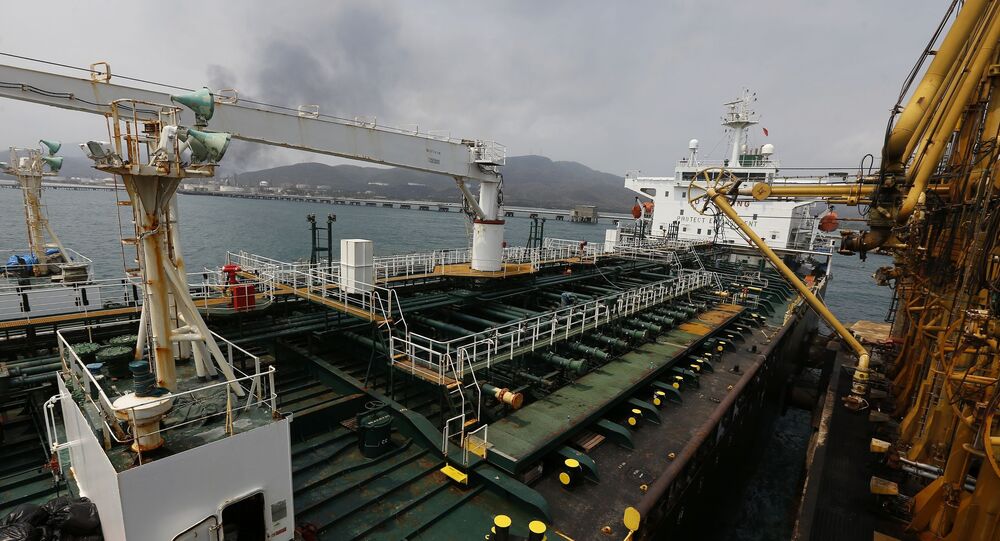 WASHINGTON (Sputnik) - The United States has seized four oil tankers with Iranian fuel bound for Venezuela, the US Justice Department said in a press release on Friday.

"The Justice Department today announced the successful disruption of a multi-million dollar fuel shipment by the Islamic Revolutionary Guard Corps (IRGC), a designated foreign terrorist organization, that was bound for Venezuela", the release said.

The Justice Department pointed out in the release that the actions represent the US government’s largest-ever seizure of fuel shipments from Iran.

In July, US federal prosecutors filed a suit to seize the Iranian fuel cargoes.

The US Attorney for the District of Columbia Zia Faruqui alleged Iranian businessman Mahmoud Madanipour, linked to the country's Islamic Revolutionary Guard Corps (IRGC), had employed a network of shell companies using firms based in the United Arab Emirates to arrange fuel supplies that were supposed to be carried out without Washington noticing.

The profits from oil sales are used to finance a plethora of the Islamic Revolutionary Guard Corps' "nefarious activities, including the proliferation of weapons of mass destruction and their means of delivery, support for terrorism, and a variety of human rights abuses, at home and abroad", Faruqui claimed.

Since April, Tehran has dispatched five tankers to Venezuela to help Caracas overcome the fuel shortages in the country to the chagrin of the United States, trying to apply economic pressure to both countries.