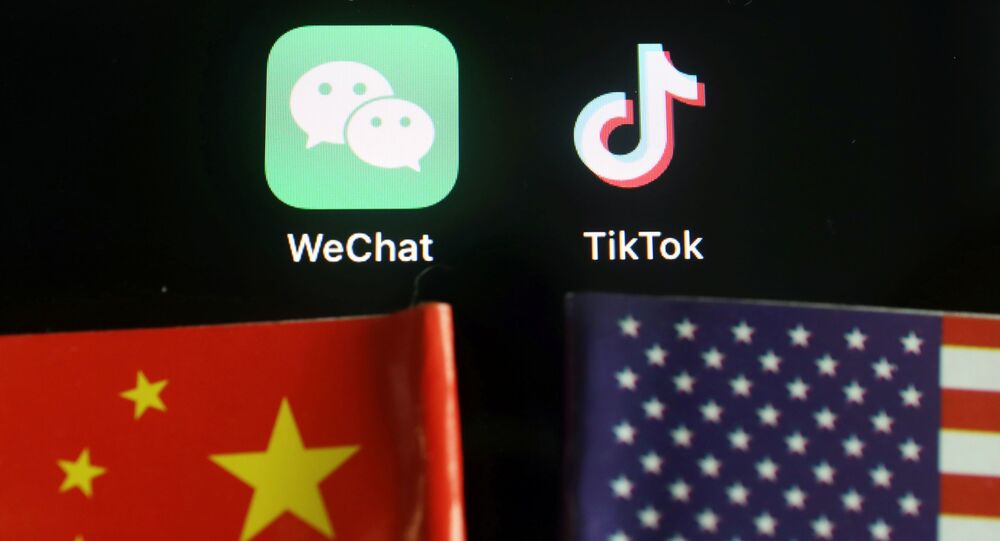 Chinese officials are set to address the issue with US president Donald Trump in a bid to mitigate a major trade row between the two sides, which worsened after the latter passed numerous measures aimed at blocking Beijing's access to US markets and key technologies over recent months.

China is set to raise concerns over TikTok and WeChat in phase one trade negotiations, Bloomberg reported on Wednesday.

Washington and Beijing will hold virtual talks on agricultural goods and USD-Yuan exchange rates, among other topics, but has not set a date, the report said, citing sources familiar with the matter.

© REUTERS / Danish Siddiqui
TikTok to Wait For UK Gov't to Back New HQ in London Before Confirming Move as US-China Tension Rise
The meeting will take place seven months after signing the agreement amid the ongoing US trade war with China, despite the former accusing Beijing of failing to meet its requirements in the deal.

Trump also demanded TikTok owner ByteDance to sell its US operations to Microsoft or other firm but give a "significant portion" of the sale to the Treasury, with the Chinese firm later saying it would sue Washington in California courts.

© REUTERS / Dado Ruvic/Illustration
TikTok To Build First Euro Data Centre Worth $500m In Ireland Amid Trump Trade War, Microsoft Talks
The Chinese social media firm also began talks with Microsoft to buy out the company's operations in other Five Eyes countries such as Australia, New Zealand and Canada, but such negotiations have stalled to date.

Despite this, Australian Prime Minister Scott Morrison said at an event that there was "no evidence" of TikTok abusing user data and that Canberra had "a good look" at any possible security risks from the popular social media platform.

Chinese envoy to the US, Ciu Tiankai, blasted the Trump administration at the same event by stating forcing such a sale would violate US free market principles.