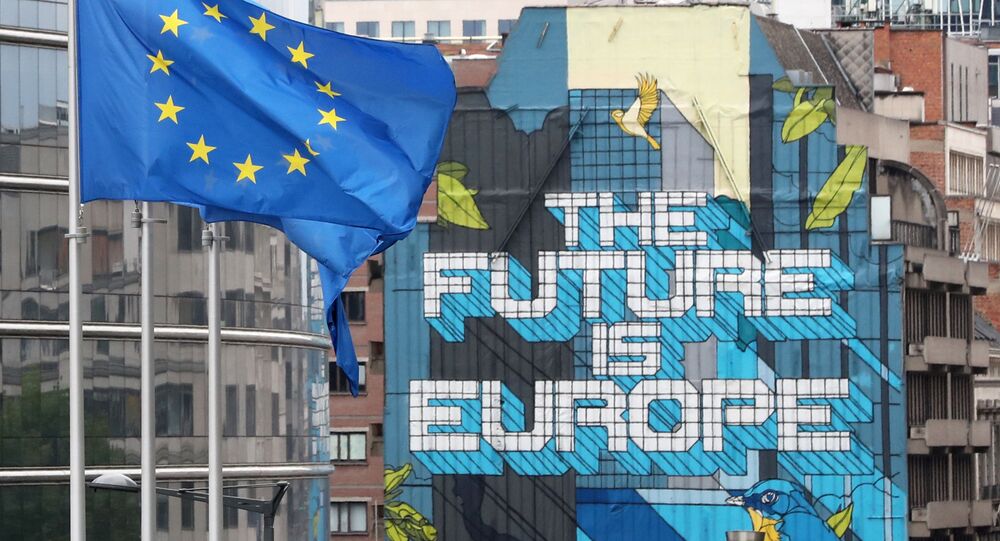 Following his short trip to the UK and Denmark in July, US Secretary of State Mike Pompeo will now visit the Czech Republic, Slovenia, Austria and Poland this week.

Pompeo has paid multiple visits to Europe, especially to non-core European countries, for a new strategic layout of the Trump administration.

For one thing, the US has heightened its all-around crackdown on China and the US-China strategic competition has intensified. This recent trip will be an effort to rope Europe in to counterbalance the strategic influence of China and Russia - both of whom have increasing influence on the EU and other European countries.

For another, with tensions growing between Washington and Berlin, the US is seeking to woo certain European countries such as Germany and France to consolidate its traditional sphere of influence.

For the Eurasian continent where geopolitical competition and cooperation are intertwined, the US geo-strategy aims to ensure the balance of power in the region and prevent the emergence of regional powers. Against the background of major-power competition and the return of geopolitics, Washington is looking for new strategic pivots and Central and Eastern Europe has become its target.

Washington believes Beijing and Moscow are expanding political, military and commercial influence in this region. It is taking advantage of the asymmetrical interdependence between the US and Central and Eastern European countries to force the latter to compete with countries that have challenged Washington's interests.

In other words, if countries want to get help or guarantees from the US, they must bear a corresponding price. Behind this lies the logic of American hegemonism and unilateralism. Nevertheless, some Central and Eastern European countries welcome US strategic adjustments because they provide a strategic option for them.

The US aims to weaken Europe's strategic autonomy. Washington has become the most uncertain factor that is challenging European integration as the continent struggles to maintain solidarity and political consensus. A new regional formation of public good supply is very likely to be formed in Europe. Although EU leaders are appealing for strategic autonomy, the bloc's member states actually have different stances in this regard.

Central and Eastern European countries are becoming the main leverage of the US to balance the leadership of France and Germany.

As Washington increases its influence in Central and Eastern Europe, differences between new Europe and old Europe are widening. Such fragmentation will weaken Europe's execution capability.

Contradictions have deepened between Washington and its traditional ally Berlin. Washington announced the withdrawal of 12,000 troops from Germany. Moreover, the two countries diverge over policies such as trade and multilateralism. However, Poland has shown its willingness to have more US troops stationed in the country, accelerating its steps of following Washington.

Last but not the least, Washington is aiming to neutralise China's influence. China has deepened and widened cooperation with Central and Eastern European countries under the framework of the "17+1 format" and the Belt and Road Initiative. The US sees China's growing influence in the region as a direct threat to its competitiveness, governance, norms, and strategic interests.

Given the increasing possibility of a technological decoupling between the US and China, Washington has attached more importance to suppress Beijing in the sphere of technology.

Set against this backdrop, the US now seeks to draw Western, Central, and Eastern Europe in particular, to lead ever fiercer geopolitical competitions. The outcome will lead to more US-China and Europe-US competition across Europe.

This article was originally published in the Global Times newspaper.

The author is a research fellow at the Institute of European Studies at the Chinese Academy of Social Sciences.