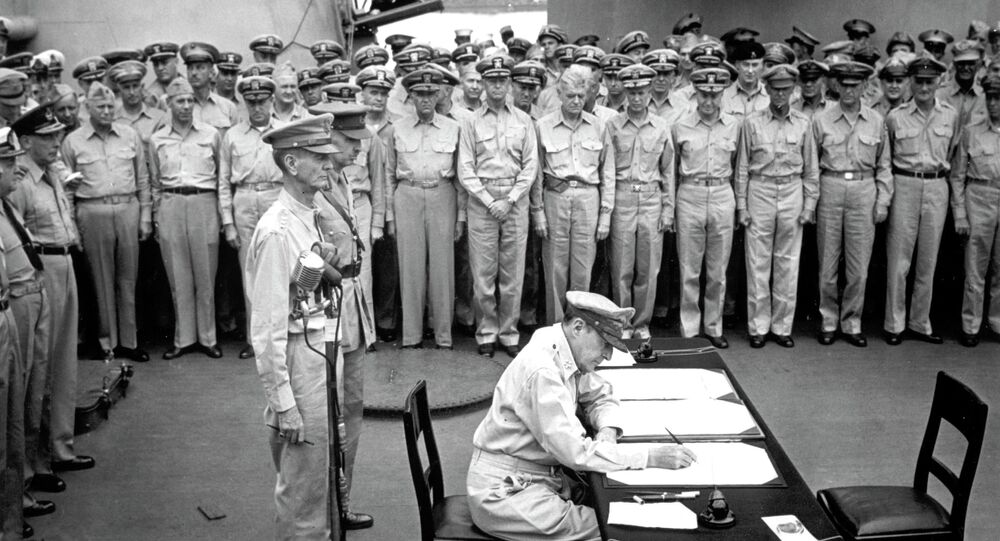 During a news conference on Monday, US President Donald Trump falsely said the 1918-1920 influenza pandemic had a likely role in ending World War II, which did not begin until 1939.

During a press briefing on Monday, Trump was asked how he would have reacted if his Democratic predecessor, former US President Barack Obama, had presided over a pandemic that unfolded as the COVID-19 pandemic has in the United States. However, his answer was a bit anachronistic.

“If 160,000 people had died on President Obama’s watch, do you think you would have called for his resignation?” a reporter asked at the White House.

“No, I wouldn’t have done that. I think it’s been amazing what we’ve been able to do. If we didn’t close up our country, you would’ve had 1 and a half or 2 million people already dead. We’ve called it right, now we don’t have to close it. We understand the disease, nobody understood it because nobody’s ever seen anything like this," Trump said.

"The closest thing is in 1917, they say, right? The Great Pandemic. It certainly was a terrible thing, where they lost anywhere from 50 to 100 million people. Probably ended the Second World War, all the soldiers were sick. It was a terrible situation," he continued.

Let's back up a bit here. The great influenza pandemic to which Trump refers actually didn't begin until 1918. While there were huge outbreaks among the millions of troops deployed on the front lines, the virus didn't have a major role in ending the war (as Trump has previously claimed), as the worst peak of infections and deaths came after the November 1918 ceasefire. The pandemic had subsided by the end of 1920.

However, this was the First World War, not the Second World War, as Trump said, which did not even begin until nearly 20 years later, in 1939 in Europe, or perhaps 1931 in the most charitable historical reading, if one begins with the Japanese invasion of Manchuria, and certainly did not end anywhere until 1945.

Given that Trump visited the World War II Memorial in Washington, DC, this past May to commemorate the 75th anniversary of Victory in Europe Day, one might have expected him to keep the dates straight.