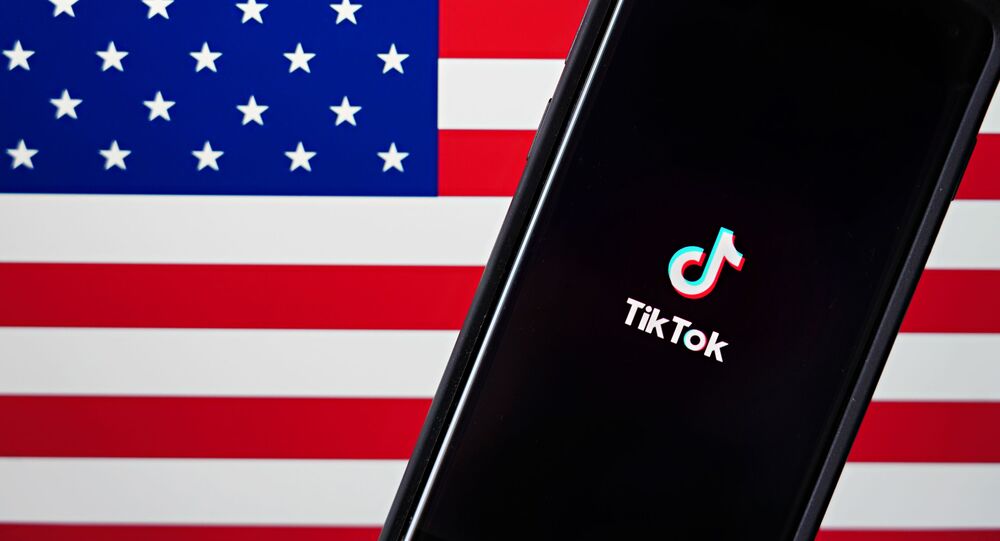 President Donald Trump issued an executive order giving TikTok’s owners ByteDance until 15 September to sell their US operations, citing alleged spying concerns, denied by the Chinese company, with Microsoft currently understood to be a front-runner in talks to purchase the app’s operations in America, Canada, New Zealand, and Australia.

Microsoft Corp’s endeavor to disengage parts of video-sharing social networking service TikTok from its Chinese owner ByteDance will be a technically challenging task, claim sources familiar with the setup, cited by Reuters.
The US tech giant, understood to be a frontrunner to acquire the Chinese app’s US operations, is facing a deadline of 15 September to iron out the difficulties the deal entails and come up with a viable blueprint that provides for safeguarding the personal data of Americans stored on the short-video platform.

Towards this end, Microsoft is seeking a transition period that would allow time for ring-fencing TikTok technologically from ByteDance after a deal is agreed on, Reuters reported on 2 August.

Barring that, Trump’s executive order, signed on 6 August, will ban US companies and entities from “any transactions” with TikTok, ByteDance and Tencent, a Chinese tech company which owns the messaging app WeChat.

The crackdown on TikTok, driven by alleged security concerns, parallels a broader fight against Chinese competitors in the tech field such as Huawei and ZTE, banned from use by the US federal government and government contractors.

China and the companies targeted have repeatedly dismissed all spying allegations as unfounded.

The prerequisite technological “clean break” of the app from the Chinese parent company that President Trump and lawmakers are demanding could take a year or more, claim sources.

TikTok, known as the international version of the widely-popular Chinese short video app Douyin, available only nationally, is functionally and technically similar to the latter, sharing technical resources as well as other ByteDance-owned properties, writes the outlet.

The process of “untangling” the two was set into motion by parent firm ByteDance several months ago, one the heightened scrutiny from the US government had manifested itself, say sources.

The code for the app, determining the appearance and feel of TikTok, has been separated from Douyin.

However, the server code, providing such basic functionality of the app as data storage, algorithms for moderating and recommending content and user profile management is still partially shared across other ByteDance products, revealed a source.

This is where the above-mentioned transition period coveted by Microsoft might come in handy, as to ensure uninterrupted TikTok service, the US company would potentially rely on ByteDance’s code until it can be reviewed.

What adds to the challenge facing Microsoft is the fact that a continuing technical or operational reliance of the US business on the Chinese company post-sale would generally be deemed unacceptable by the Committee on Foreign Investment in the United States (CFIUS).

CFIUS has previously demanded adoption of increased protections pending a sale, including the highest-level separation of a US business from foreign sellers, said Aimen Mir, partner at the law firm Freshfields Bruckhaus Deringer, and former Deputy Assistant Secretary of the Treasury responsible for CFIUS.

Another hurdle for Microsoft to tackle is transfer of what is dubbed TikTok’s “secret sauce” - the algorithm for recommending content.

This engine powers TikTok’s “For You” page, with the latter guiding a viewer to the next video based on analysis of user behavior.

TikTok’s algorithms for this service are independent from Douyin, claim sources familiar with the matter, cited by Reuters.

However, the difficulty is presented by the content and user information that is fed into the algorithm.

“Algorithms are not worth anything without the data. Segmenting the data for those countries is a significant task,” says Jim DuBois, a former Chief Information Officer at Microsoft.

Microsoft’s negotiations for the acquisition of the US, Canada, New Zealand and Australia operations of TikTok render the prospective “disentanglement” even more technically difficult, as the app would have to be not just separated from ByteDance, but broken up from TikTok’s other regions.

The process would also be unwieldy due to the vast amount of data involved.

Hard disks of data would potentially need to be transferred between ByteDance and Microsoft, says DuBois, adding:

“The biggest part is separating the user data - both content and data about users”.

Experts warn that sometimes months are needed to identify the “business needs of the divested business”, as well as IP and other assets used exclusively, or shared with other businesses in the company group,

Microsoft will have to bring its A-game if it hopes to rise to the challenges of the deal.