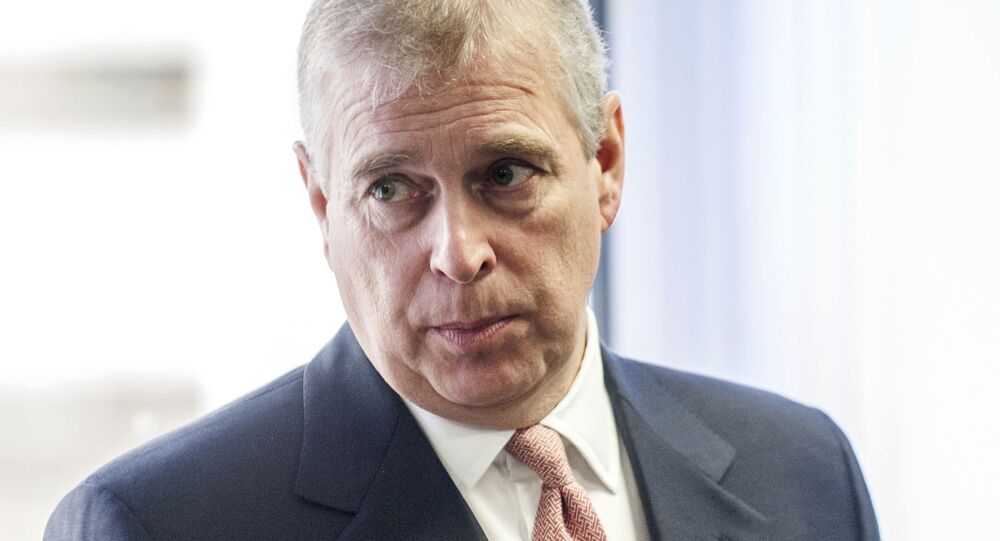 ‘No Fairy Tale Prince’: Epstein Accuser Brands Duke of York ‘Abuser Who Needs to be Outed’

Virginia Roberts Giuffre, one of the more outspoken alleged survivors of the sex trafficking ring operated by the late financier and convicted paedophile Jeffrey Epstein, previously claimed that she had been abused by the tycoon and his confidante Ghislaine Maxwell from the age of 15, and was forced to have sex with Prince Andrew.

“With Prince Andrew, I am happy to talk about him because he abused me, he participated in a sexual trafficking operation with one of the most prolific sex trafficking operators in the world the entire time,” said Roberts in the American documentary television miniseries about convicted sex offender Jeffrey Epstein, which premiered on 9 August on Lifetime.

Roberts, now 36, claims she was forced to engage in sex with the Duke of York on three occasions when she was 17, although the royal has emphatically dismissed the accusations.

“Prince Andrew is not the prince from the fairytale stories you read, Andrew deserves to be outed, he deserves to be held accountable, he is an abuser,” insists the woman.

Prince Andrew, known to have been friends with the late financier and convicted paedophile Jeffrey Epstein, has since found himself tangled in a web of scandal around the tycoon’s sex-trafficking network of minors.

Roberts also blasted the billionaire sex offender in the series, saying he had trafficked her to several powerful men, and had persisted with his criminal behaviour unchecked for years.

“He literally ate, slept, f*****. That’s all he did. Abuse. It was a revolving door of girls coming through,” said Roberts.

Recently a 139-page manuscript of “The Billionaire’s Playboy Club”, a book drafted in 2011 by Giuffre, who spent around two years working for Epstein as a travelling masseuse after being introduced to him by the billionaire’s confidante Ghislaine Maxwell, offered more glimpses into the behind-the-scenes workings of the couple’s alleged dealings.

Giuffre previously claimed she was groomed and abused by Epstein and Maxwell from the age of 15 and was forced to have sex with Prince Andrew.

The unpublished book featured in a defamation court case the accuser fought against Maxwell, with Giuffre insisting the manuscript is “99 percent true”, though her lawyers have acknowledged at least some of it was “fictionalised,” according to The Sun.

Despite Prince Andrew and his legal team dismissing all accusations of wrongdoing, pressure has been growing on the Duke of York to speak to the FBI about information pertaining to his relationship with Epstein.

Jeffrey Epstein was arrested in July 2019 on charges of trafficking underage girls at his New York and Florida estate to attend sex parties. He faced a prison sentence of up to 45 years when he was discovered dead in his prison cell on 10 August 2019.

His ex-girlfriend, socialite Ghislaine Maxwell, was arrested in July 2020 and charged by federal prosecutors in New York City with four counts of procuring and transporting minors for illegal sex acts and two counts of perjury. She is currently awaiting trial and has also denied any complicity in crime. If convicted, she faces 35 years in prison.

Production of the miniseries, Surviving Jeffrey Epstein, got underway when the 66-year-old was discovered dead in his New York City prison cell. Consisting of four parts, the last episode of the docuseries was redone to focus on Ghislaine Maxwell’s alleged crimes and grooming of potential victims.