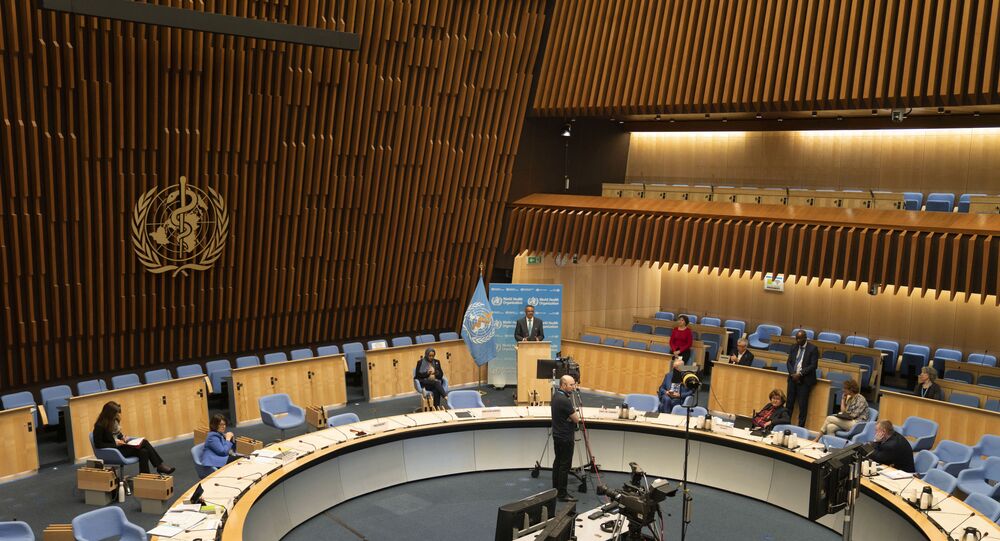 Last month, the US gave the WHO a year's notice that it is leaving the global health watchdog after President Trump accused it of being a 'puppet of China' and having performed poorly on the coronavirus pandemic.

France and Germany have quit negotiations on reforming the World Health Organization, citing their frustration over attempts by the US to lead the talks, Reuters reported, quoting three officials.

"Nobody wants to be dragged into a reform process and getting an outline for it from a country which itself just left the WHO," a senior European official involved in the talks said, as quoted by the agency.

This comes while the US holds the rotating chair of the Group of Seven and has been seeking a reform of the WHO in September.

In July, Washingon gave the WHO a year's notice that it is leaving the agency after President Trump accused it of being a 'puppet of China' and having mishandled the COVID-19 pandemic. The WHO denied his accusations.

© AFP 2020 / Drew Angerer
U.S. President Donald Trump arrives to speak at a news conference in the James Brady Press Briefing Room of the White House on August 3, 2020 in Washington, DC.

Talks about WHO reform have been going for the past four months. The G7 health ministers, as well as diplomats, have held about twenty video-conferences. It has not been revealed what reforms the US was seeking in the WHO. However, one European official taking part in the talks was quoted by Reuters as saying that a roadmap proposed by Washington was seen by many as "too critical".

Now that Germany and France have reportedly left the negotiating table, it is unclear if a G7 summit in the US, during which Trump hoped to see the roadmap approved by leaders, will go ahead as planned next month.