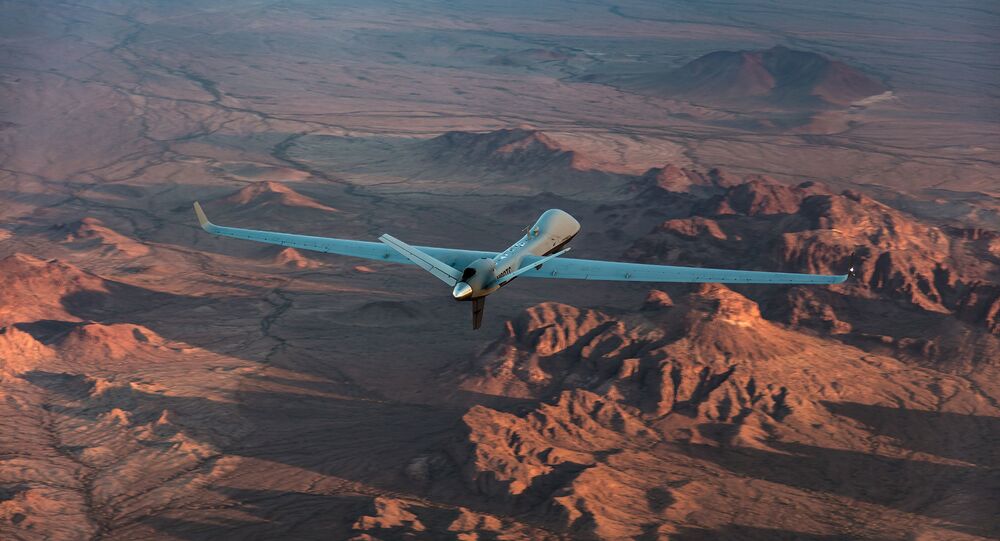 Despite the US formally embracing the One-China policy in the 1970s, the current administration in Washington has increasingly been engaging in informal negotiations with the island on the issue of selling military hardware to it, despite protests from Beijing.

The US government is reportedly negotiating the sale of four SeaGuardian surveillance drones – a heavily modified version of the famous MQ-9 Reaper strike UAV – to the Taiwanese authorities, Reuters reported, citing the accounts of six anonymous sources.

The sale was reportedly silently authorised by the Department of State, but is yet to receive congressional approval – something that is not guaranteed, as the deal could further worsen Washington's relations with Beijing, which considers Taiwan a part of its territory. The Congress is reportedly expected to receive the news of the deal as early as in September.

SeaGuardian is essentially an MQ-9 Reaper redesigned by General Atomics in order to allow it to be flown in civilian airspace outside the US, namely to comply with the European Union's regulations. Just like the version it’s based on, it's not only capable of conducting reconnaissance missions, but also carrying out ground strikes. The sources interviewed by Reuters, however, said it was not yet clear if the four SeaGuardian for Taiwan will be outfitted with weapons.

The reported negotiations between Washington and Taipei come after the Taiwanese government is said to have asked foreign states to sell armed drones to Taiwan for its military, Reuters said. According to the news agency, the US has sent Taiwan its offer, including the price, which, according to Reuters’ estimate, could amount to $600 million.

The Pentagon has previously not ruled out the possibility of selling weapons to Taiwan. In addition, the US Navy has seemingly increased the frequency of its ships passing through the Taiwan Strait, greatly displeasing Beijing. This approach stands in stark contrast to the commitment that the US government made back in the 1970s, when it embraced the One-China policy, which recognises China with its capital in Beijing as the state and Taiwan as part of the country, despite the island exercising de facto independence. However, this has not stopped Washington from maintaining informal contacts with Taipei.