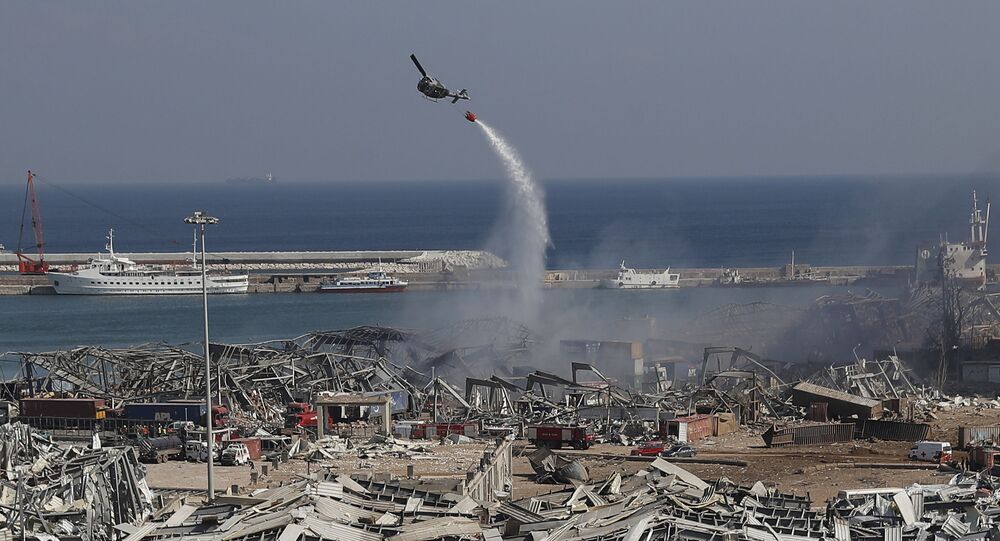 US Defense Secretary Mark Esper said on Wednesday that most of the country's military experts believe the massive explosion that destroyed downtown Beirut, Lebanon, the day prior was an accident, not a bomb, as US President Donald Trump has asserted.

Esper told reporters at the Aspen Security Forum on Wednesday the Pentagon was "still getting information on what happened. Most believe it was an accident as reported, and beyond that I have nothing further to report on that."

On Tuesday afternoon, a colossal explosion at the Port of Beirut annihilated the port and destroyed much of downtown, killing at least 135 people and injuring thousands. Lebanese Prime Minister Hassan Diab said on Tuesday the explosion was an accident, caused by 2,750 tons of ammonium nitrate that had been improperly stored at the port for several years.

However, at a news conference Tuesday evening, Trump told reporters he believed it had been an attack.

"It looks like a terrible attack," Trump said, later clarifying that "it was a bomb of some kind."

"It would seem like [an attack] based on the explosion. I've met with some of our great generals and they just seem to feel that it was. This was not some kind of a manufacturing explosion-type of event. This was, seems to be, according to them, they would know better than I would, but they seem to think it was a attack," Trump added.