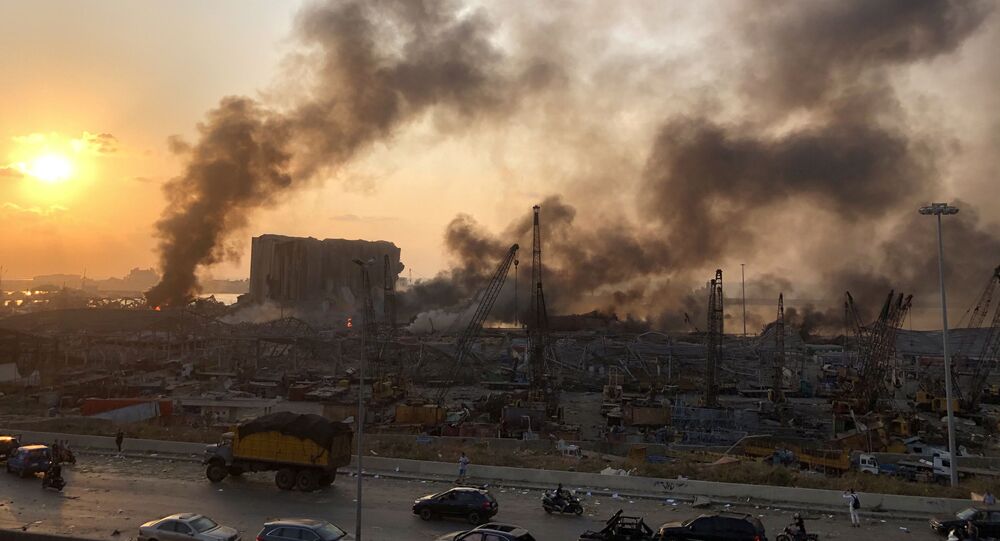 MOSCOW (Sputnik) - Countries across the world are offering their assistance to Lebanon after the massive blast rocked Beirut on Tuesday evening.

France was among the first countries to have sent relief to the Middle Eastern nation.

"I express my fraternal solidarity with the Lebanese people after the explosion that caused many deaths and [great] destruction in Beirut this evening. France stands by Lebanon. Always. French aid and resources have been sent to the scene [of the incident]", President Emmanuel Macron tweeted in Arabic.

The UK prime minister also took to Twitter to express his condolences and offer a helping hand.

"The pictures and videos from Beirut tonight are shocking. All of my thoughts and prayers are with those caught up in this terrible incident. The UK is ready to provide support in any way we can, including to those British nationals affected", Boris Johnson said.

Greece and Cyprus, too, are ready to offer all resources at their disposal.

The main cause of the Beirut blast remains unknown. The port area, which was the epicentre of the explosion, was home to a huge amount of high-yield explosives. Lebanese Health Minister Hamad Hassan said that the death toll currently stands at 50, and 2,750 others have suffered injuries.