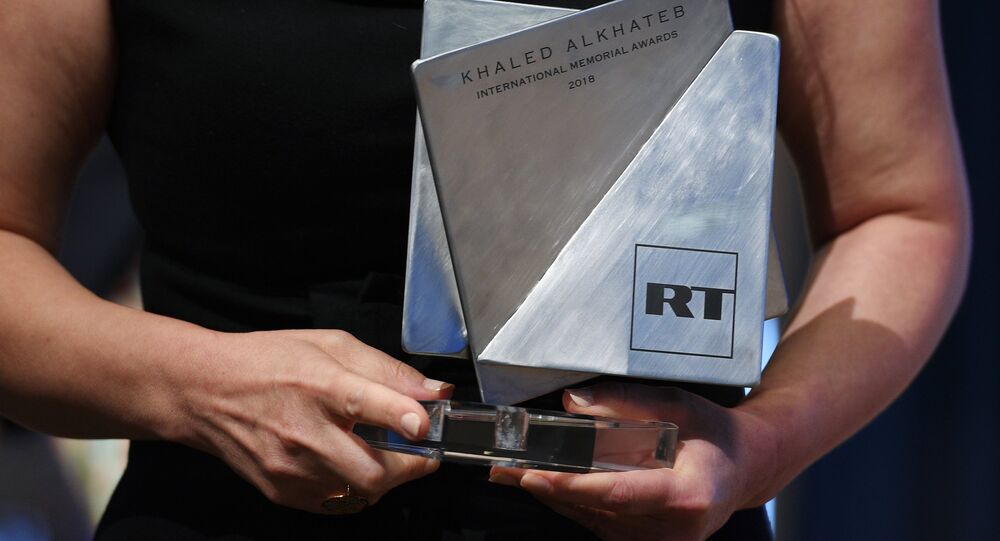 The awards are presented annually on the anniversary of the tragic death of an RT stringer after whom the contest is named.

As RT Arabic head Maya Manna explained, while COVID-19 "cancelled" their plans for commemoration, it “could not stop the tradition of honoring – even if distantly – those brave journalists who, pandemic or not, continue to risk their lives at the frontlines in order to tell us the truth".

First held in 2018, the contest was named after Khaled Alkhateb, a 25-year old RT Arabic stringer who was killed by Daesh* shelling in Syria in 2017.

As Manna pointed out, the contest was launched not just to honor Alkhateb, but also to remember that "right now, as we speak, there are so many journalists out there in the hot spots around the world, risking their lives to bring the truth".

"We thank you for your bravery and sacrifices", she added.

This years' winner in the category "Best Video Journalism from a Conflict Zone: Short Form" is Mohamed Ali (Syria), with a report covering the situation in the Syrian province of Idlib.

The first place in the "Best Video Journalism from a Conflict Zone: Long Form" category went to Alexander Konevich (Russia) for a series of reports about the efforts of the Russian Armed Forces in Syria.

And the ultimate accolade in the "Best Written Journalism from a Conflict Zone" goes to Ruchi Kumar (India), for a report about the deportation of Afghan refugees from Iran.

The awards are presented on the anniversary of Khaled's death.