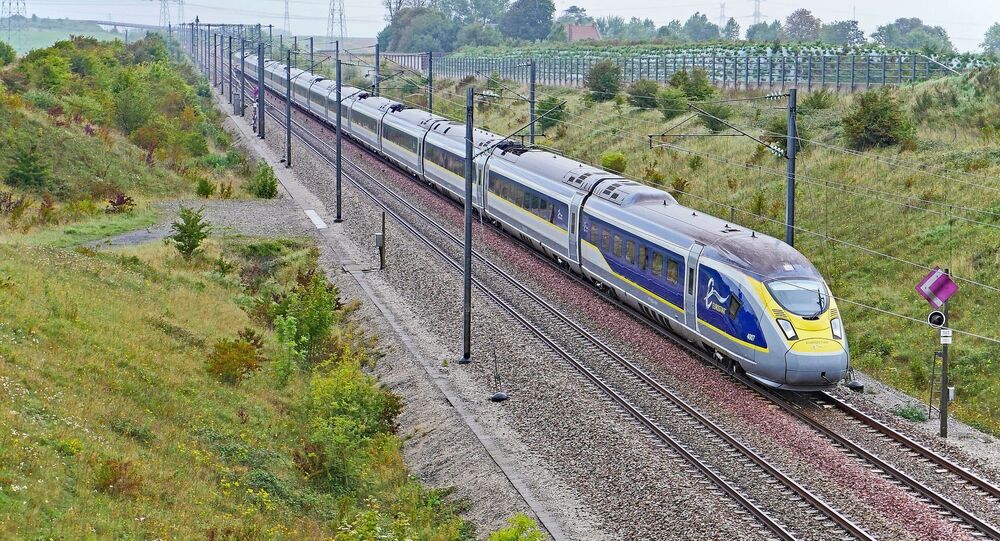 The UK has previously strongly resisted the European Court of Justice (ECJ) having a say over its future trade with the EU following its departure from the bloc. But lawyers now warn that in some areas, such as the operation of trains between the UK and the European mainland, the ECJ’s role cannot be ignored.

The future operation of the Channel Tunnel between the UK and France is being challenged, according to the Guardian, as Brussels seeks to pressure London to accept the European Court of Justice in its internal affairs to allow the functioning of a train system between the two countries.

Boris Johnson's government says that following Brexit the UK will not be subject to EU rules or oversight by the ECJ. However, this creates a real test for the continuing exploitation of the 50 km tunnel in case any disputes arise on the route.

This week, the European Commission appealed to the European council and parliament to call upon the French government for urgent talks with London that would permit the ECJ to step in in case of any legal disputes between France and the UK, noting that following Brexit, “union law would not longer be applicable to the part of the Channel fixed link under the jurisdiction of the United Kingdom”.

According to insiders cited by the Guardian, after the Brexit transition period ends on 31 December, a type of overarching body such as the ECJ would be really needed on the route:

“It would mean train drivers would have to have two sets of qualifications to drive on the British and French side of the tunnel. It would affect how you operate the tunnel with potential for divergence in the future on everything from signalling, voltage, the radio systems, the signalling system, ventilation, hydraulics. It would be like driving on the left- and right-hand side of the road at the same time”, a source was quoted as saying.

On 16 July, France informed the European Commission that “it would like to negotiate an agreement supplementing the Treaty of Canterbury”, that secured the Eurotunnel project back in 1986 when signed by then UK Prime Minister Margaret Thatcher, French President François Mitterrand and his Foreign Minister Roland Dumas.

That said, Britain and France do have other options to settle any potential legal issues that might emerge during Eurotunnel’s operation, including to appeal to the International Court of Arbitration in the Hague or to resort to a dispute resolution mechanism. However, some lawyers believe that a role for the ECJ will be necessary.

A UK department for transport spokesperson maintained that the body is set to “protect our national interests in any bilateral arrangements and they will fully respect the UK’s status as an independent, sovereign nation”, while still supporting the operation of Eurotunnel regardless of the results of the Brexit negotiations.

Following the UK’s official divorce from the European Union on 31 January, the country has now entered a 11-month transition period during which officials from London and Brussels will decide on their future trade and legal relations, as well as the status of so-called a level-playing field. According to comments from officials on both sides, some of these issues remain unresolved, increasing the likelihood of a “no-deal” scenario.