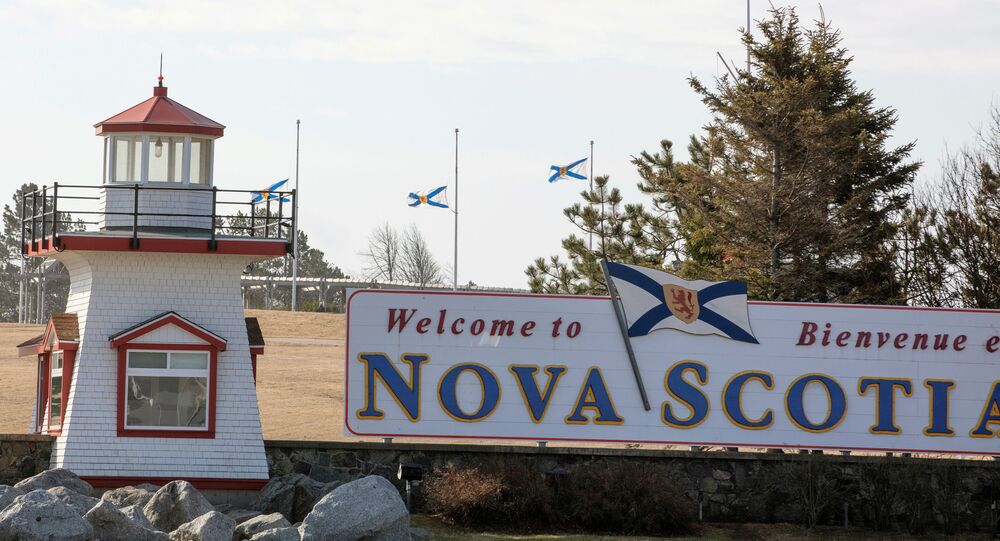 TORONTO (Sputnik) - The Canadian government has ordered a full public inquiry into the 18 April mass shooting in the province of Nova Scotia, Public Safety Minister Bill Blair said in a statement.

In April, 22 people were killed in the worst mass shooting in Canadian history after a 51-year old man dressed as police went on a shooting spree in Nova Scotia.

"The Government of Canada is now proceeding with a full Public Inquiry, under the authority of the Inquiries Act… into the tragedy that occurred on April 18th and 19th," Blair said on Tuesday.

The federal governments and the Nova Scotia provincial government initially announced a joint review of the tragedy in Nova Scotia, but public backlash prompted the government to proceed with a public inquiry.

The witnesses will be compelled to provide the panel with testimony and documented evidence requisite to the incident.

The push for a public inquiry was spurred by allegations of an attempted coverup of the worst mass shooting in Canadian history.

A Maclean’s magazine report in June revealed suggested that the mass killing has all the hallmarks of a police undercover operation.

There are also lingering questions about how the assailant, Gabriel Wortman, acquired an authentic police uniform and maintained a realistic mock squad car used to carry out the murders.

Also, under question are the murky details around a police shooting at a Nova Scotia fire hall, that was being used as a shelter for those who had been evacuated from the area of the first crime scene. Witnesses described Royal Canadian Mounted Police officers opening fire on the hall as the manhunt for Wortman was under way.

On 18 April, Wortman, a Halifax area-based denturist, dressed in a police uniform and behind the wheel of a mock police cruiser embarked on a violent shooting spree after assaulting a former female partner, who managed to escape and hid in the forest. The shooting spree left 22 innocent victims dead. Police have not yet identified a motive for the attacks.