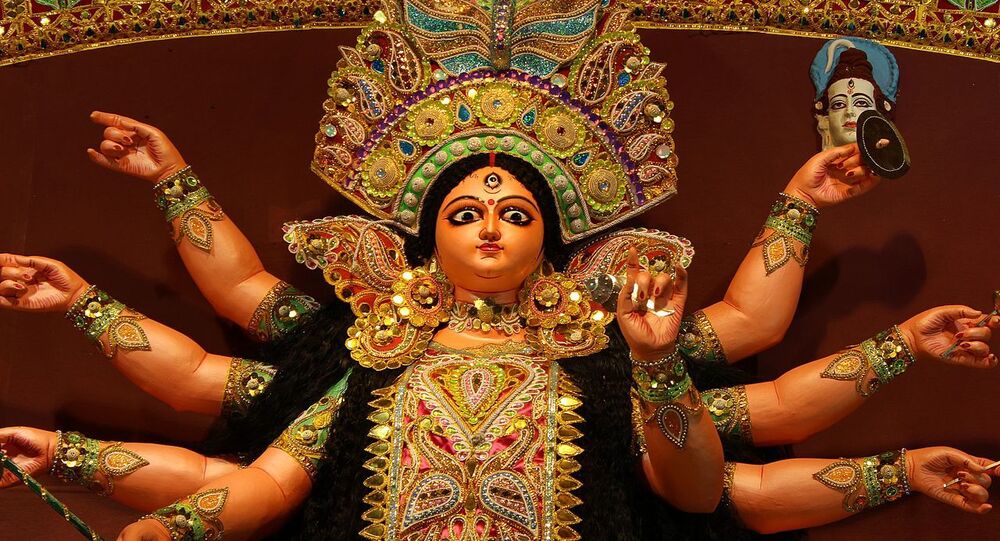 New Delhi (Sputnik): Known for stoking controversies with his statements, Yair Netanyahu caused a twitterstorm by sharing an edited picture of a Hindu goddess with a superimposed image of a middle finger and the face of Liat Ben Ari, prosecutor in his father, Israeli PM Benjamin Netanyahu's, corruption cases and Attorney General Avichai Mandelblit.

Israeli Prime Minister Benjamin Netanyahu’s son Yair tendered an apology for hurting the sentiments of "our Indian friends" through a tweet on Monday, saying he did not realise the “meme” that he shared to blast key politicial figures in Israel, portrayed an image of a Hindu goddess.

I’ve tweeted a meme from a satirical page, critizing political figures in Israel. I didn’t realize the meme also portrayed an image conected to the majestic Hindu faith. As soon as I realised it from comments of our Indian friends, I have removed the tweet. I apologize>>

​Yair was slammed by a section of Indians for the “offensive and derogatory” tweet which showed Hindu goddess Durga showing the middle finger and faces of Liat Ben Ari and Attorney General Avichai Mandelblit, key figures investigating PM Netanyahu in a series of graft probes, superimposed over the goddess' face.

However, some people from India sided with Yair, giving him the benefit of doubt and politely asked him to remove the post.

Yair shared it with the caption "know your place you despicable people".

To all #Hindus #Hindus_Under_Attack#Hindu #Hinduism #Hindipanktiyaan
I Will just lay it down here.
You can adress the Israeli prime minster son #yair_netanyahu
NAMASTE pic.twitter.com/CWLqDHNZBF

Israeli Attorney General Mandelblit has pressed three charges against Prime Minister Benjamin Netanyahu, who is facing claims of fraud, breach of trust, and accepting bribes. The Israeli PM vehemently denies the accusations and has repeatedly blasted the country's judicial system.

The prime minister's son Yair is no stranger to controversies. He recently faced backlash over remarks directed at top Israeli anchor Dana Weiss, who as the younger Netanyahu claimed, was "in a bribe-like relationship with Attorney General Avichai Mandelblit who gave her endless leaks [regarding] criminal [cases]".

He also suggested, without directly saying so, that the anchorwoman lacked job qualifications, tweeting: “Does anyone know how Dana Weiss got such a senior position? … Erudite? No. Smart? No. Interesting…”.

Yair later issued an apology for his words, saying that "there is no basis for the posts" he had published about Weiss.

Israel Has No Alternative to Netanyahu, Masses Still Support Him Despite His Flaws