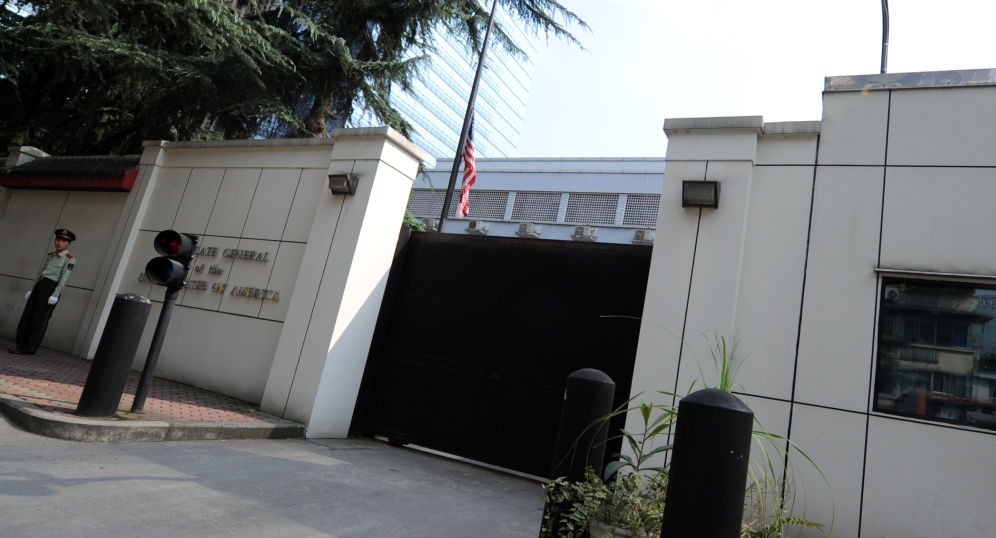 On Tuesday, US authorities gave China 72 hours to shut down its Houston, Texas Consulate, accusing its staff of systematically engaging in espionage. Beijing responded by ordering US diplomats to leave America’s diplomatic mission in Chengdu, with Washington claiming that China has no right to respond in that kind of tit-for-tat manner.

"China has expressed strong opposition and a firm protest against the forcible entry of the US side in the territory of the Chinese consulate general in Houston," Wang said in a statement Saturday.

The spokesman stressed that the premises of the Consulate constitute China's national property, and warned that Beijing "will make a proper and necessary response in this regard."

Earlier, a law professor told China's influential Global Times newspaper that US officials actions were illegal, and constituted a violation of the Vienna Convention on Consular Relations.

“[The] US move apparently violates the Vienna Convention on Consular Relations, to which the US is signatory,” City University of Hong Kong law professor Wang Jiangyu said. Specifically, “Article 27 of the Convention requires states to protect the premises, archives and property of the consular in the event of the severance of consular relations or closure of a consular post,” he explained.

US officials including at least one State Department employee pried the Houston Consulate’s back door open Friday after failing to get in through three other entrances. They entered the property less than an hour after the expiry of Washington's 72 hour deadline for the diplomatic mission's closure.

Global Times’ analysis came amid a warning by China’s diplomatic mission in New York on Saturday that Beijing may take ‘other legitimate and necessary action’ if the US doesn’t reverse course on forcing the closure of the Houston Consulate.

The Chinese government already retaliated to the Houston mission’s closure by ordering Washington to shut down its Consulate in the southwestern Chinese city of Chengdu on Friday, with diplomats given 72 hours to evacuate the compound.

Chinese police have tightened security outside the Chengdu Consulate, closing off the street it's on to traffic and beefing up both the uniformed and plain clothes' presence.

Outside #US consulate in #Chengdu: Police with fire extinguisher in case of any emergency, curious residents taking selfies with the building to say goodbye.... pic.twitter.com/hI9KblTzm0

Local residents set off fireworks in front of US consulate in Chengdu southwest China, celebrating its closure ordered by Chinese Foreign Ministry, in response to the shut down of Beijing's Houston office by Trump administration. pic.twitter.com/2CE0nptV1s

this is hilarious. chengdu residents bring out their popcorns and sit waiting outside the american consulate there. what kind of drama are they expecting? surely the americans have smokeless incinerator to purge their papers.... https://t.co/wbiHyHp2ti

Observers have expressed fears that the US-China consulate spat may escalate, with President Donald Trump reportedly considering the closure of additional Chinese diplomatic missions in the United States, and China reported to be mulling shutting down US Consulate in Wuhan.

On Thursday, the FBI arrested Juan Tang, a Chinese national accused of lying to US officials about her service in the Chinese military. Juan had briefly taken refuge in the Chinese Consulate in San Francisco before being apprehended. If convicted, she may face up to 10 years in prison and a fine of $250,000.

© CC BY 2.0 / Robert Scoble / Google Logo in Building43
US Corporations 'Too Willing' to Cooperate With China's Communist Party, Attorney General Says
The US clampdown on Chinese nationals has included travel bans against senior Communist Party officials and corporate executives from companies such Huawei, as well as restrictions on entry for Chinese journalists, and clandestine expulsions of Chinese diplomatic officials late last year. Last week, US media reported that the Trump administration was considering a wholesale ban on entry for all 90 million+ Communist Party members and their families.

On Thursday, Chinese Consul General Cai Wei said US officials have yet to provide any proof regarding his Consulate’s alleged espionage activities.

Along with the Embassy in Beijing, and the soon to be closed Chengdu Consulate, the US has diplomatic missions in the Chinese cities of Shenyang, Shanghai, Guangzhou, and Wuhan. China’s Embassy in Washington is complemented by consulates in New York City, Chicago, San Francisco, Los Angeles and, until Friday, the Houston mission.