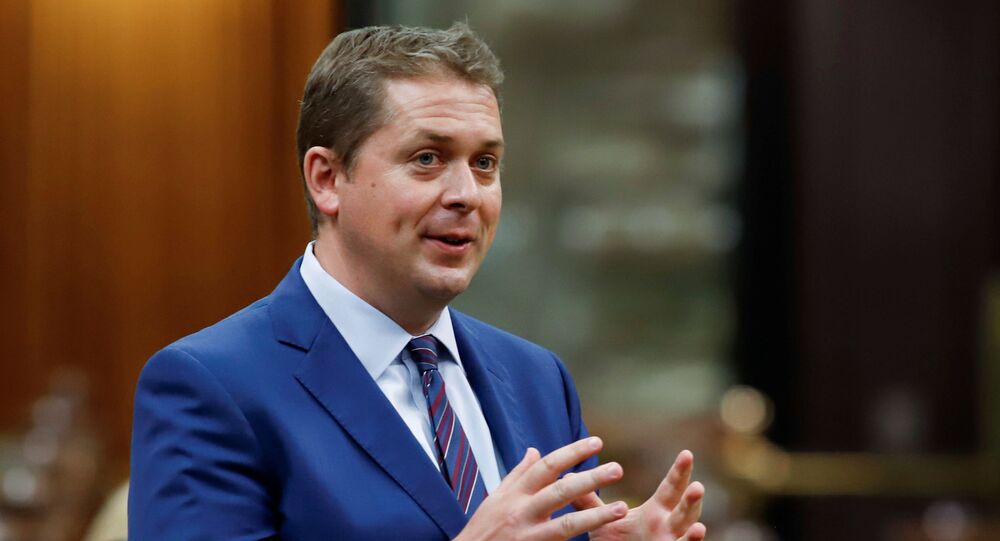 Scheer said Trudeau and Morneau chose to use the novel coronavirus pandemic as cover for their actions, adding that the entire WE Charity affair has been nothing short of "corruption at the highest level".

"We are in an unprecedented crisis, we are facing a fiscal situation that is completely unprecedented and we are facing the health consequences of the virus and the economic fallout. And that is precisely why [Trudeau and Morneau] need to step aside", Scheer said during a press briefing on Friday.

This statement marks the first time the Conservative Party has explicitly called for the resignation of the prime minister. In doing so, the Conservatives join the Bloc Quebecois in asking Trudeau to step down.

Trudeau and Morneau have so far rejected the calls to resign despite revelations of their close family ties to the WE Charity, which the government awarded a $670-million sole-source contract to administer a government-sponsored student volunteer programme.

Both Trudeau and Morneau have apologised for not recusing thdeemselves from the decision-making process, but said that the decision to award the contract was recommended by the public service.

However, Trudeau and Morneau are now subjects of a Conflict of Interest investigation by the Ethics Commissioner. The ethics probe is the third for both during their five years in office.

The opposition has called for additional criminal and lobbying probes into the relationship between the Canadian government and the WE Charity.