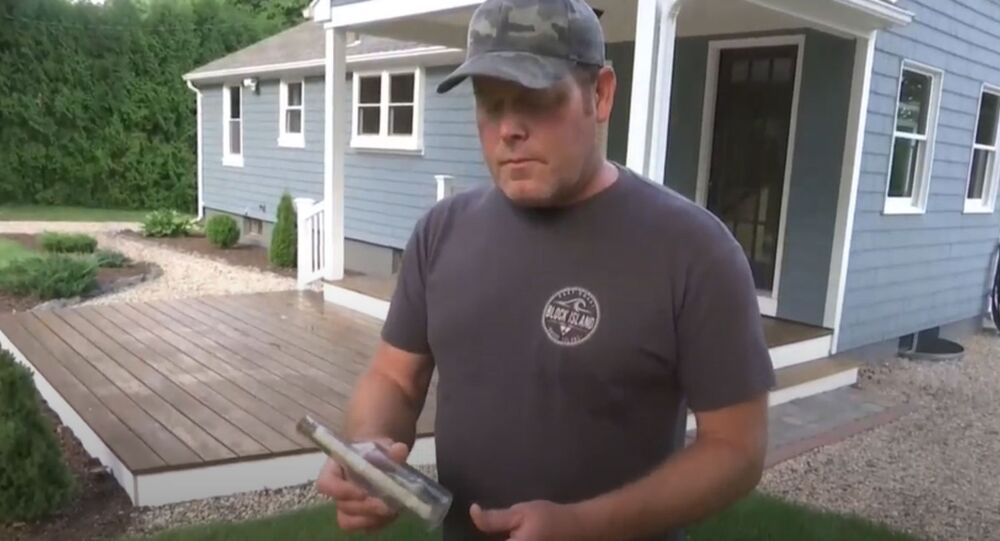 A Rhode Island man recently found a bottle with a letter inside that he believes traveled all the way from Europe, more specifically, England.

According to local news outlet 10 WJAR, Todd Ricci, a resident of South Kingstown, Rhode Island, made the surprising discovery while he was walking along the shore in the Ocean State’s Jamestown. The bottle was situated among rocks.

He is now attempting to unravel the mystery of the message written inside and is searching for its rightful owner.

"It's old wavy glass with bubbles in it," Ricci told WJAR. "It was a message in a bottle; the area I found it in, it's just rocks. I was amazed when I went down there it wasn't broken."

"Pretty much all the research I've done points to England, Europe," he said. "The word 'canteen' is used, it opens up with the girl talking about the opening of her mother's garden, which I found out is pretty much over there like an art show. The word 'cheery' is used and she refers to her mom as 'mum' all the time."

Ricci stated that the letter was addressed to "Reena" and was kept rolled up using hairpins. It appears to have been written about a friend who had recently died, and it has the name "Hamlet" written in it as well.

"It refers to her friend who was sick. She passed away and she wrote the letter, I guess after the girl passed away as a farewell type of thing," Ricci told the local news outlet.

"At first, I thought it was nothing. Then, the more I broke it down and read it, I kind of was just like, 'It's not from here, the terminology.'"

Ricci said he’d like to find out who wrote it, and he looked for numbers on the bottom of the bottle, but there were none.

"Messages in a bottle were used for distress; like, ships in distress they would throw them into the ocean hoping someone would find them and come to their help," he said. "I really would love to find the person who wrote it, if they’re still around and give it back to them. Otherwise, I'll probably throw it back at some point.”