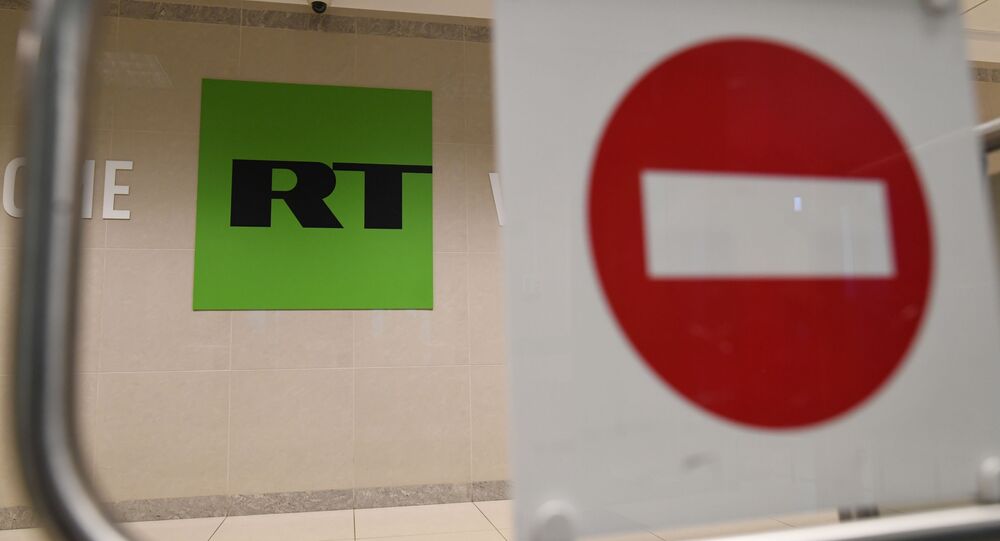 MOSCOW (Sputnik) - A request to the UK broadcasting regulatory body Ofcom to review RT broadcaster's license in the country, which was filed by Shadow Culture Secretary Jo Stevens, is an attempt to manipulate events and use fake news, a member of the Russian upper house of parliament, Olga Kovitidi, said on Friday.

"Event manipulation and using fake news with taking out a skeleton of Russia's threat from the UK political closet have become a political reality in the United Kingdom," Kovitidi told Sputnik.

The lawmaker noted that the interim committee of the upper house on information policy had condemned "groundless" accusations against the RT channel and Sputnik news agency, pointing out that such decisions regarding the media do not contribute to the implementation of democratic principles and freedom of speech.

Stevens, a member of the Labour Party, previously sent a letter to Ofcom chief executive Melanie Dawes asking for the regulatory body to review the Russian broadcaster’s license following the publication of the parliamentary Intelligence and Security Committee’s report on alleged Russian interference, which accused RT of "serious distortions" in its coverage.

© Sputnik / Ilya Pitalev
Northern Ireland Secretary Says Would Not Encourage Conservative Lawmakers to Appear on RT
Commenting on the matter on her Telegram channel, RT Editor-in-Chief Margarita Simonyan stressed that Ofcom was an independent media regulator that should not allow government influence.