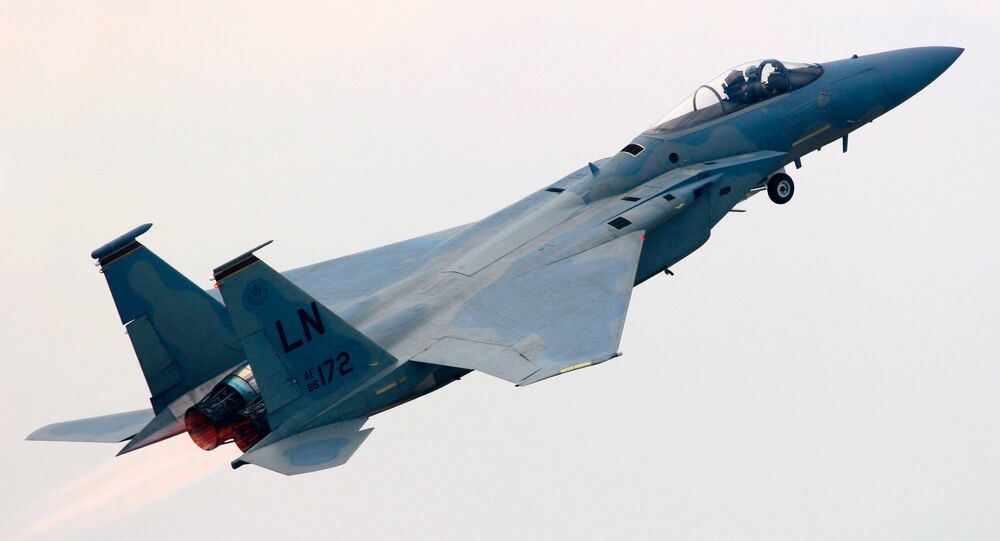 The day before, reports emerged in Iranian media that Iran's Mahan Air passenger plane was forced to land, after trying to avoid a collision with two fighter jets while en route to Lebanon.

Iranian Foreign Minister Javad Zarif slammed the US military on Friday via Twitter after a US F-15 fighter jet intercepted an Iranian passenger plane, allegedly jeopardizing the safety of its passengers.

Initial reports suggested that the jets belonged to the Israeli Air Force, but Iranian media later confirmed that they were US fighters.

© Photo : IRIB News/Screenshot
Watch Iranian Passenger Plane Intercepted by US Fighter Jets
Commenting on the incident, the US Central Command (CENTCOM) stated that "a US F-15 fighter had intercepted the passenger plane keeping a safe distance of some 1,000 meters (over 3,280 feet) in line with international standards to ensure the safety of US-led coalition bases in Syria."