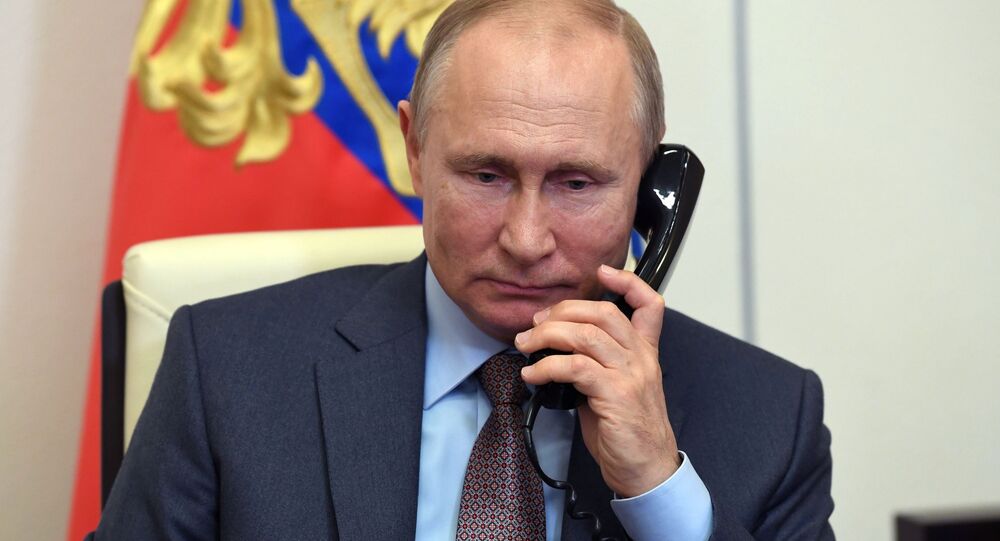 Putin, Trump Describe COVID-19 as Major Challenge for All Countries

MOSCOW (Sputnik) - Russian President Vladimir Putin and his US counterpart, Donald Trump, noted in a recent phone call that the current pandemic was a significant challenge for all countries, presidential spokesman Dmitry Peskov said on Friday, adding that Putin assured Trump that that epidemiological situation in Moscow was positive.

"Things have indeed been going quite well in Moscow, and this is what the Russian president informed his American counterpart about during yesterday's phone conversation. Both our president and the American president noted that, on the whole, the coronavirus is a major challenge for all countries, including ours. Putin informed his counterpart about the measures implemented in our country to fight the coronavirus, the measures that are quite effective, as the situation in Moscow and Russia vividly demonstrates," Peskov told journalists.

Putin and Trump held a phone conversation on Thursday, after which the US president told the media that they had discussed the COVID-19 epidemic, adding that Russia has been struggling with the virus, especially Moscow.

In absolute infections tally, the US leads the world with a whopping 4.03 million cases and 144,305 fatalities, according to the Johns Hopkins University database.