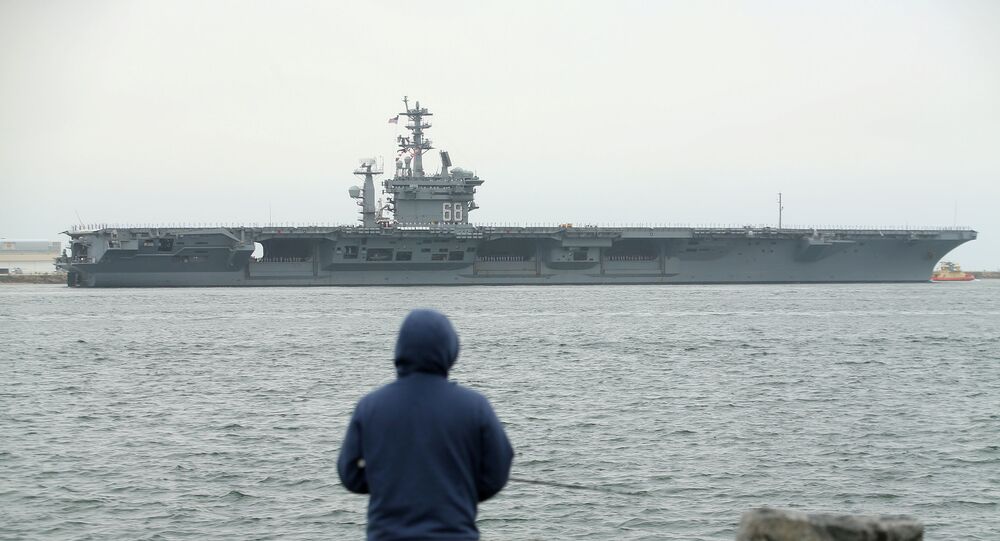 WASHINGTON (Sputnik) - The United States and India conducted three-day joint naval exercises in the Indian Ocean this week with the Nimitz Carrier Strike Group participating in a series of live-fire and air-defence drills, the US Navy said in a press release on Thursday.

The two navies practiced operating together in a live-fire exercise, an air defence exercise, flight operations, and a farewell passing exercise, the release said.

"During the ADEX, we conducted with the Indian Navy, four of their warships joined Princeton and Sterett to defend each other against simulated threat aircraft and missiles", Princeton’s air warfare officer Benjamin Petrisin said in the release.

The Princeton, a Ticonderoga-class guided-missile cruiser and part of the Nimitz strike group, led the air-defence exercise.

The Nimitz strike group deployed to the Indian Ocean following a series of joint exercises with the Ronald Reagan Carrier Strike Group in the South China Sea.