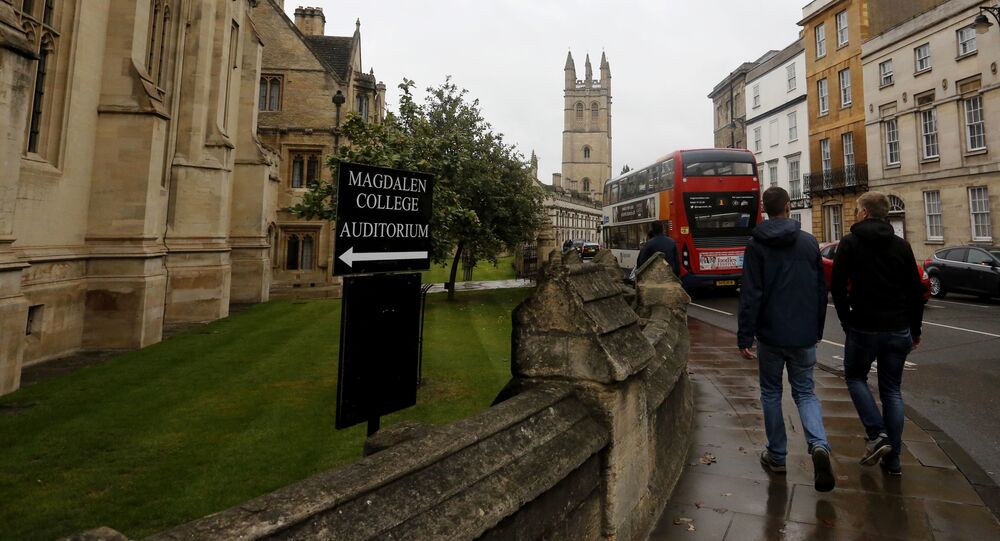 MOSCOW (Sputnik) - The "overreliance" of UK research universities on Chinese student fees could spell doom for some of the country's most prestigious institutions if Beijing calls for their boycott, the author of a study on the state of British university funding said in an article out Thursday.

Will Tanner, director of the Conservative-backed think-tank Onward, has penned a research paper, which shows how the number of Chinese students attending lucrative courses at UK universities has gone up since 1995 compared to that of home students.

"If China instructs its students to boycott Britain, it is almost certain that several institutions would fall over", he wrote in a piece for UnHerd, a UK news website.

In the paper, called Trading Places, the former adviser to ex-Prime Minister Theresa May estimates that from the mid-1990s onward the number of full-time Chinese students studying in the UK has risen from 1,510 to 115,435, while the number of places awarded to domestic students has increased by 50 percent.

"Because of the way overseas students cross-subsidise research, a fall-off in Chinese demand would also severely undermine UK science", Tanner wrote in the article.

The report proposes capping the income which a university can generate from a single country, encouraging universities to take in more UK students by increasing funding for "high value-added courses," such as medicine and engineering, and plugging a 1 billion pound gap in 2021 research funding to protect UK science.