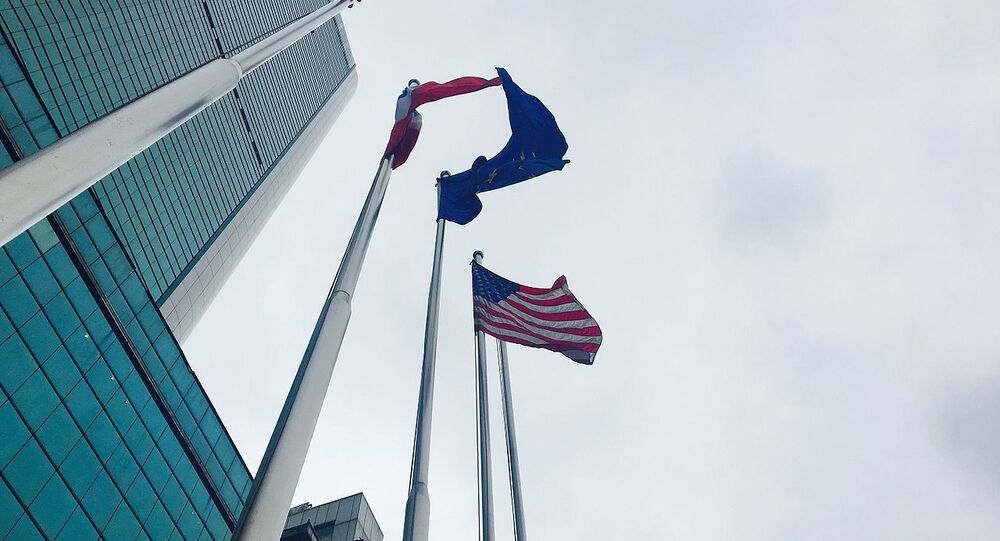 Earlier in the day, the Global Times editor-in-chief wrote on Twitter that the US government had ordered the closure of China's Consulate General in Houston. The US State Department said that move was aimed to 'protect American intellectual property'.

China is considering shutting down the US consulate in Wuhan in retaliation for Washington's order to close the Chinese diplomatic mission in Houston, Reuters reported on Wednesday citing a person familiar with the matter.

Earlier in the day, the Chinese Foreign Ministry urged the United States to immediately override the decision to close the consulate.

The Foreign Ministry's spokesperson, Wang Wenbin, slammed the move as a "unilateral provocation" and "a grave violation of international law". Wang warned that Beijing would certainly retaliate unless the US reverses its decision.

© CC0
Consulate-General of the People's Republic of China in Houston

Earlier in the day, the Global Times editor-in-chief wrote on Twitter that the US government is ordering the closure of the diplomatic mission within 72 hours. The US State Department later announced that the closure sought to 'protect American intellectual property'.

US-China relations have significantly soured in the past few years with Washington accusing Beijing of unfair trade practices, a poor response to the coronavirus outbreak, human rights violations and unwarranted territorial disputes with neighboring countries. China has denied the accusations and criticised the United States for various violations of international law.