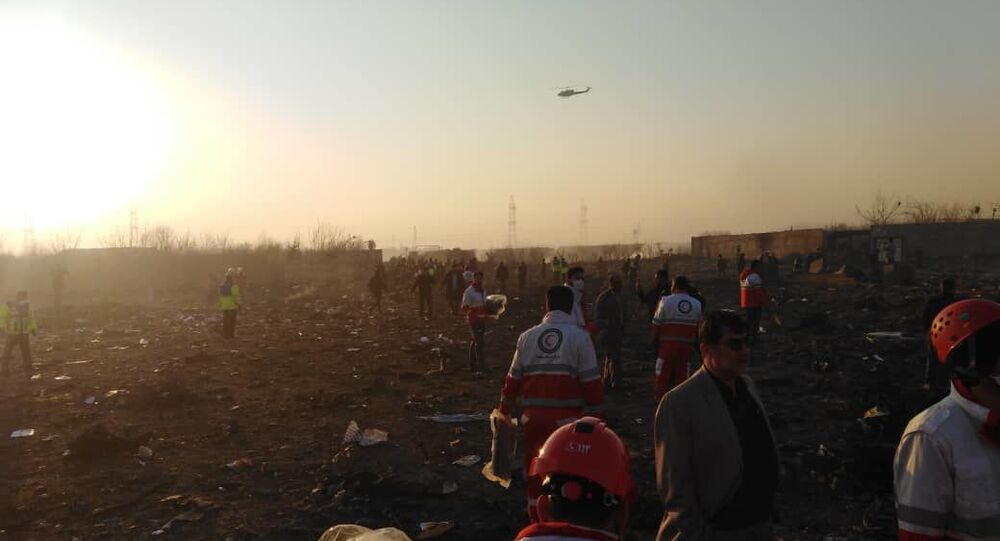 On 8 January, a Ukraine International Airlines Boeing 737-800 was downed shortly after take-off from Tehran’s Imam Khomeini International Airport, killing all 176 people on board. Iranian authorities later said that the jet had been unintentionally shot down after military personnel confused it with a hostile target amid fears of US strikes.

Canada is not completely convinced by the results of Iran's interim report on the downing of a Ukrainian airliner in January, Foreign Minister Francois-Philippe Champagne said on Monday.

"It's not just the result of human error - I think that would be an oversimplification of what really happened", the official stated in an interview with Reuters.

Earlier the same day, Canada's Transportation Safety Board told the CBC that the cockpit voice data from the downed Ukrainian jet had been successfully downloaded.

Meanwhile, Ukraine’s President Volodymyr Zelensky has said that Kiev is waiting for the decoding results of the black boxes from the Ukrainian plane downed near Tehran from France's Bureau of Enquiry and Analysis for Civil Aviation Safety.

Earlier this month, Ukraine, Canada, Afghanistan, the United Kingdom, and Sweden signed a memorandum of understanding and cooperation in talks with Iran about the downed aircraft.