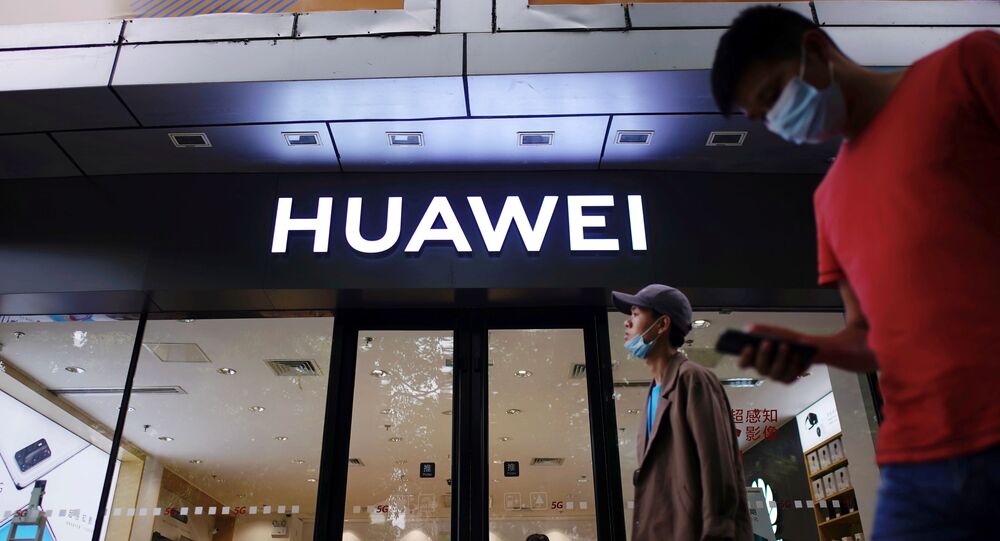 Last week, the UK said it would ban Huawei-produced equipment for 5G networks beginning at the end of the year. UK mobile providers were also required to completely remove Huawei equipment from the country's 5G networks by 2027.

China is not ruling out retaliation against Finnish telecom giant Nokia and Swedish tech firm Ericsson, if EU states follow in the steps of the UK and the US and bar Huawei from their 5G network, The Wall Street Journal reported citing people familiar with the matter.

According to the sources, China is considering export controls preventing Nokia and Ericsson from sending products it makes in China to other countries. However, the WSJ reported that Beijing would only take this step, if European countries ban Chinese suppliers from their 5G networks.

Both Nokia and Ericsson previously announced they were ready to step in after the UK moved to ban Huawei from its 5G grid.

© AFP 2020 / DANIEL LEAL-OLIVAS
A photograph shows the logo of Chinese company Huawei at their main UK offices in Reading, west of London, on January 28, 2020.

Nokia CEO for the UK and Ireland Cormac Whelan asserted that the company had the capacity and expertise to replace all of the Huawei equipment in the UK networks at scale and speed.

In turn, Arun Bansal, president of Europe and Latin America at Ericsson, stated that the firm stood ready to work with UK operators to meet their timetable, with no disruption to customers.

In late June, The Wall Street Journal reported that Washington was looking to acquire Nokia and Ericsson to compete with Huawei.

London has been among the countries introducing restrictions against Huawei since the United States imposed sanctions on the company due to allegations that the firm was working with the Chinese government. The tech titan refutes the claims as unjustified and politically motivated and says they contradict competitive practices.

Last week, the British government announced it would ban UK companies from buying Chinese telecommunications equipment produced by Huawei for 5G networks starting from the end of the year.

The decision marked a significant u-turn for Prime Minister Boris Johnson, who previously stated that the Chinese company would be allowed to work on non-sensitive parts of the UK’s 5G network.