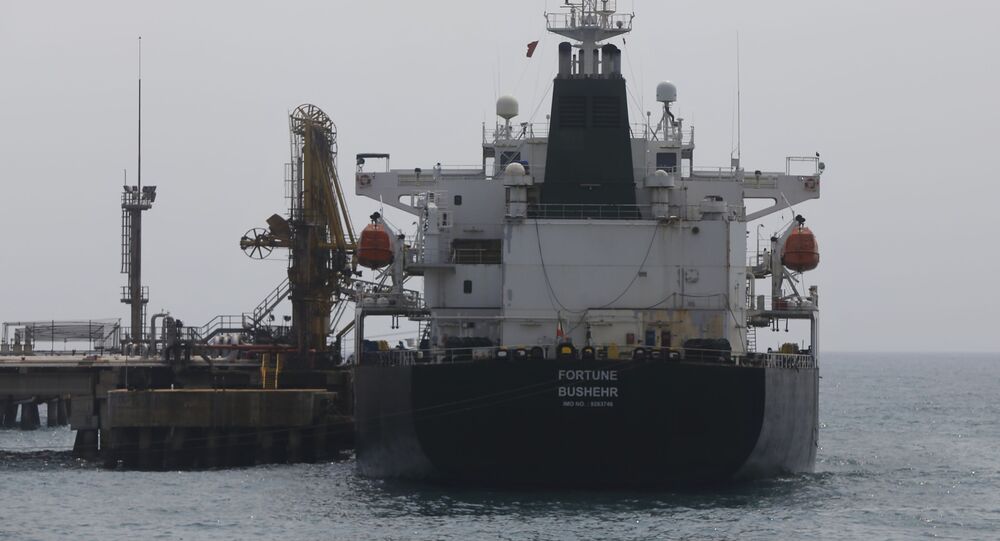 Between $6 billion and $9 billion in payments for already delivered Iranian oil remain frozen in South Korean banks. Seoul insists that the funds will stay blocked due to the American sanctions against the country. Tehran, in turn, sees the freeze as unlawful and is mulling legal action against South Korea.

Iran's parliamentary Vice-Speaker Amir-Hossein Qazizadeh Hashemi has condemned South Korea’s refusal to release the money that the country owes Tehran for buying oil, calling Seoul’s behaviour “rude, unethical and illegal”. Hashemi stated that South Korea’s actions have become a “source of regret” for the Iranian government, as the relations between the two countries are deteriorating due to the unresolved issue.

The vice speaker’s call on Seoul to release the oil funds comes hot on the heels of similar calls from other Iranian politicians, including Foreign Minister Javad Zarif and President Hassan Rouhani. Zarif namely brought up examples of countries that have released Iranian money regardless of US sanctions.

“Some countries like Oman and China have acted positively on return of these funds but South Korea has not taken any significant action in this regard”, said Zarif.

Iranian politicians say that a sum of between $6 billion and $9 billion in payments for the delivered oil remains frozen in South Korean banks after the government ruled that releasing the money would violate the unilateral American sanctions against the Islamic Republic. Tehran insists that Washington's foreign policy should have nothing to do with how Seoul handles money destined for Iran.

Head of Iran's Central Bank Abdolnaser Hemmati said last month that South Korea, Iran, and the US have been discussing the opportunity of using the frozen funds to pay for humanitarian goods delivered by Seoul to Tehran – mostly medical equipment and medicine required to tackle the coronavirus pandemic in the country. The head of the Central Bank, however, noted that the agreement does not solve the principal problem of the frozen money, vowing that Tehran will seek to obtain it through legal action if needed.