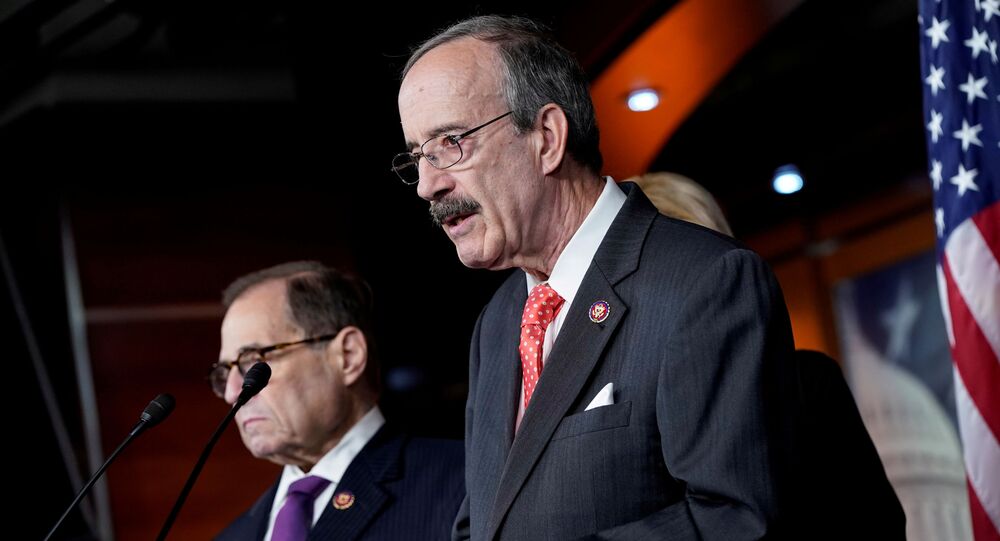 WASHINGTON (Sputnik) - Longtime US Congressman Eliot Engel in a statement on Friday officially conceded in the Democratic primary race for the 16th Congressional District in the state of New York.

"The numbers are clear, and will not be the Democratic nominee for the 16th Congressional District seat in the fall election," Engel, who heads the House Foreign Affairs committee and has been one of the most anti-Russian hardliners in Congress, said in the statement.

Since he first became a US Congressman in 1989, Engel has been prolific in terms of crafting legislation and measures, including sanctions and other penalties, targeting Russia.

Although Bowman declared his victory in June, he was only projected to win until the absentee ballots were also counted.

Engel's had some controversy during his re-election campaign last month that may have contributed to his loss. Engel had appeared at a press conference to address the social unrest following George Floyd's death. The president of the Bronx borough in New York told Engle that there was a long list of speakers ahead of him, indicating there was no time for him to address the press, to which he replied, "if I didn't have a primary, I wouldn't care."