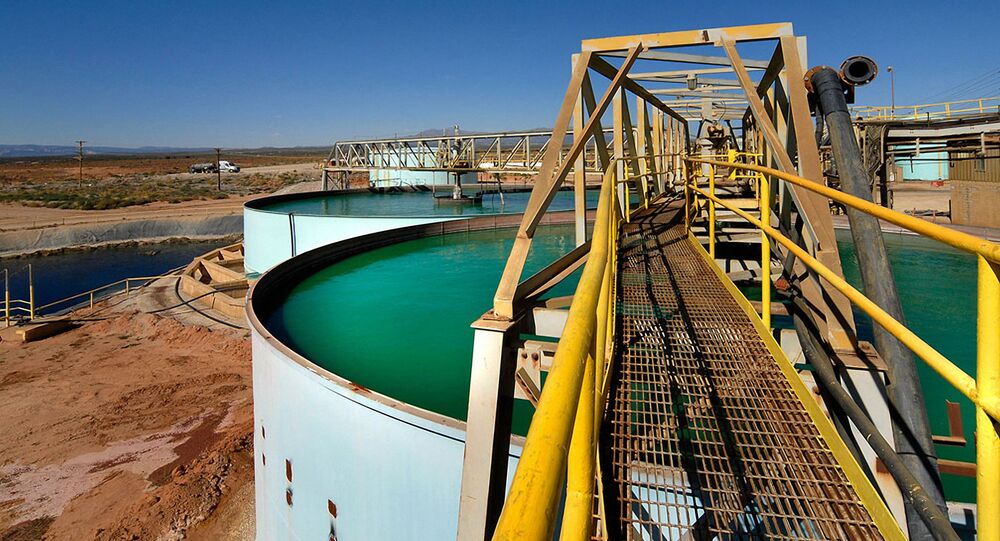 A mulled shipment of Estonian radioactive material to the state of Utah, has triggered a standoff between the White Mesa mill and a local Indian tribal reservation in San Juan County, reports Reuters.

​A raging debate between the two sides has been sparked by health and environmental concerns, as regulators are weighing if the local uranium company can import material from Estonia for processing near the border of a Native American reservation.

Utah officials have been cited as saying they will "thoroughly review" the proposal by the White Mesa Mill to accept radioactive material from Estonia, according to Jared Mendenhall, a spokesman for the state's Department of Environmental Quality.

Earlier, the Mill owner, Energy Fuels Resources, submitted an application to the Utah Division of Waste Management and Radiation Control to accept the material from a rare-earth production plant in Estonia, NPM Silmet, hoping to extract uranium to fuel nuclear power plants.

The mill has long been processing uranium from mines across the Colorado Plateau and radioactive waste from contaminated sites across North America.

However, the new project has fueled the concerns of the Ute Mountain Ute Tribe living near the facility, as they fear an extension of the mill’s operation might transform tribal land into a global radioactive waste dumping ground.

Environmentalists are cited as supporting the locals, arguing that the mill, built in 1979, was meant to process conventional uranium ores from the Colorado Plateau for up to 20 years.

"The state of Utah must recognize and acknowledge the reality that the mill is far past its design life and no longer a conventional uranium mill, but, instead, a radioactive waste dump seeking to operate for decades, if not a millennium," the Ute Mountain Ute Tribe said in a document submitted to the state on Friday, urging that the company’s application be rejected.

Bears Ears Protectors, we need your help more than ever! We need you to tell the state of Utah to reject the White Mesa Mill owner's request to accept foreign radioactive waste by tomorrow, July 10th! Please email your comments to: dwmrcpublic@utah.gov #nonukes #nouraniummining pic.twitter.com/RogmR5NZKY

​The 660 tons of waste that are fueling the debate are currently inside 2,000 drums at a plant on the Estonian coast near the Russian border, and are a byproduct from tantalum and niobium mining by Estonian company Silmet.

Estonia has no licensed facility for reprocessing radioactive material.

Energy Fuels has been cited as regarding the lucrative shipment as a “lifeline”, saying there is enough uranium in the byproduct to render it worth processing.

"These feeds are important to the continued economic viability of the mill, particularly given the current state of the uranium market," Paul Goranson, chief operating officer of Energy Fuels, said in an email, after the company was shown to have registered operating losses worth around $7.8 million for the first quarter of the year.

Opposition to granting the mill license approval has also been voiced by the San Juan County commission, which told regulators in July that it "respects" Energy Fuels as a local employer, but is concerned about the long-term impact of future imports of radioactive waste.