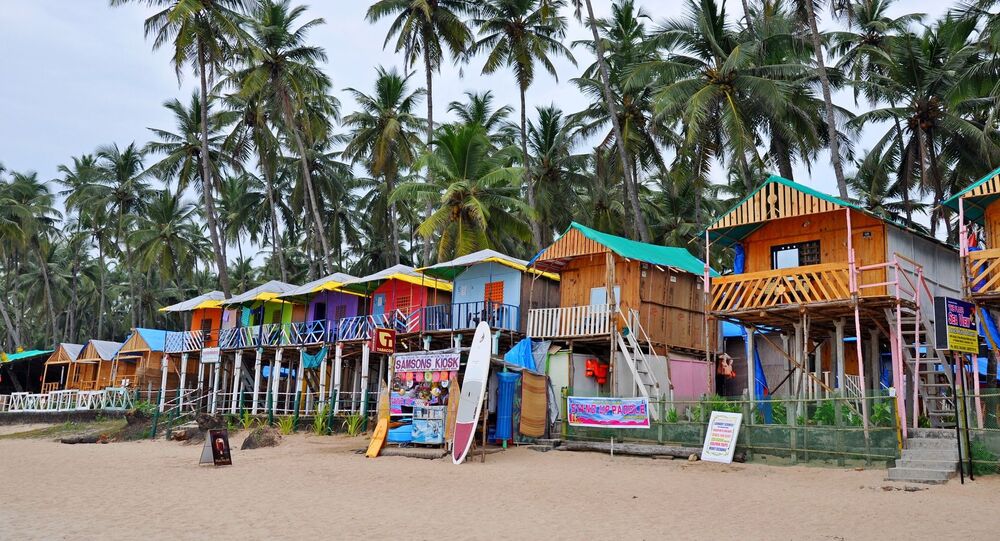 New Delhi (Sputnik): The travel bug is in deep slumber, mountains have stopped calling and the wanderlust of backpackers has subsided with the COVID-19 pandemic travelling across the world, infecting over 13 million people. With months of boredom and people itching to break free, industry players are pinning their hopes on domestic tourism.

The typical vacation rituals of 50 million Indian tourists, who were set to visit foreign destinations, have been disrupted by the world battling the coronavirus pandemic.

Young travel enthusiast and travel vlogger Mohit Tiwari from Delhi, who begins every year by preparing an extensive travel plan, tells Sputnik that despite the fact he can take a solo trip in India and sort out his lodging requirements by pitching his own tent anywhere, he will not take any trips amid pandemic.

“I do not want to set an example and promote travelling in such situation to my followers and friends by taking trips at the moment,” said Mohit who heads a Kiwi moto touring adventure group every year to the rough terrain of the Himalayas.

The Indian tourism industry which employs more than 42 million people and generates revenues of over $28 billion has been hit hard with hotels and international travel shut for over four months now.

Thousands of people working in the industry are managing on savings due to salary cuts since months and other independent business owners have shut their operations.

According to estimates of the damage done by the pandemic to the tourism sector, 50 million people in the industry, both direct and indirectly employed will be left jobless, claims tourism body the Federation of Associations in Indian Tourism and Hospitality (FAITH). 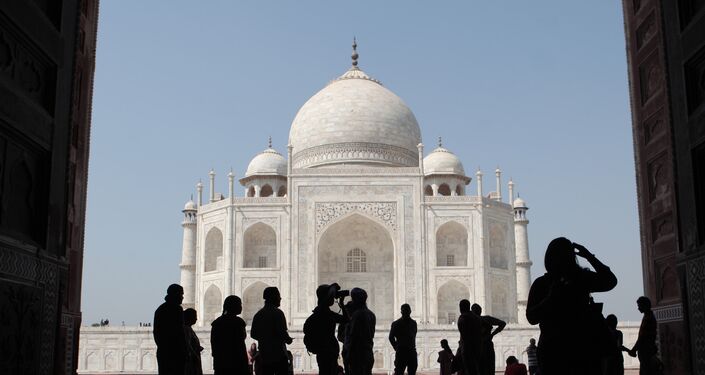 India’s largest travel company MakeMyTrip is, however, betting on pent-up hunger for travel and claims that people have already started searching and planning their next weekend getaway to closer-to-home destinations that are safe and allow social distancing.

In the next couple of months, domestic travel is set to increase based on trends already seen in Delhi and Mumbai, COVID-19 hotspots which have managed to flatten the curve with a gradual decline in coronavirus cases, Ankur Bhatia, industry expert and Executive Director of the business conglomerate Bird Group tells Sputnik.

“The majority of states are reporting increasing COVID-19 cases, however, Delhi and Mumbai have already flattened then curve to some extent. I think the pace of pick up would be shown but the domestic tourism would gradually see an uptick with COVID-19 numbers tailing off,” says Bhatia.

He suggests the government should follow the lead of the UK and US by giving tax waivers and incentives to people to give a kick start to the industry. The UK slashed the Value Added Tax for businesses in the tourism and hospitality industries. VAT is reduced from 20% to 5% on food and non-alcoholic beverages in an effort to boost the industry till first quarters of 2021.

“The government should incentivize domestic travel. UK has set a great example by reducing VAT. In addition to that, the UK government will take care of 50% of the food bills until £10 on weekdays. There should be some kind of trigger from the Indian government,” said Bhatia.

The Pulse of the People

According to British global travel group Thomas Cook India’s recent survey, 64 percent of holidaymakers are keen on taking a domestic holiday post-COVID-19 although 75 percent cited health and safety as a primary concern.

Manager of a stunning boutique hotel in India’s Uttarakhand, which the Beatles once visited in 1968 to take refuge in meditation, Keshav Mishra tells Sputnik that though they are getting inquiries, hoteliers haven’t received any clear guidelines from the government. Therefore, a majority of them are still shut.

Tourism-dependent states - Jammu and Kashmir, Uttar Khand and Goa – have opened their borders for tourists but with complicated quarantine protocols involving COVID-19 tests of tourists, quarantine for 4-6 days and mandatory pre-bookings in hotels.

“People don’t want to take the stress of the protocols, they are complicated and tourism is a leisurely activity. The two don’t fit. Also, the locals in hill station are against outsiders coming amid the pandemic,” says Keshav.

Culture and Tourism Minister Prahlad Singh Patel stressed the promotion of domestic tourism as international travel currently remains out of the picture.

“The Ministry of Tourism launched Dekho Apna Desh (explore own country) before the outbreak. We are going forward with it… People have to get out of the fear of travel and this can start by encouraging them to visit local neighbourhood attractions, day excursions, weekend getaways and driving holidays… This will also help in supporting the local tourism economy," said Patel.

While international flights to and from India remain halted, the country is planning to establish an air bubble with the Maldives on 15 July. An air bubble is a safe reciprocal corridor between two countries to facilitate limited flights from selected airports.

Apart from the Maldives, a host of countries are moving towards welcoming tourists through air bubbles. The UK has formed travel corridors with 59 different countries and the European Union announced the opening of its international borders for 15 countries outside of the bloc, including Japan, Montenegro, Morocco and New Zealand.

Bhatia says that the first focus of the government should be to push domestic tourism and then travel corridors.

In India, pilgrimages are a source of huge revenue for the government. From pilgrimages to Lord Shiva’s abode in Amarnath cave and Vaishno Devi in north India to the holiest Rameshwaram and Tirupati shrines in the south, every Indian family hopes to take one religious trip every year.

However, the coronavirus pandemic has curtailed the revenue generated from such devotion-driven tourists. The temples were opened in India when lockdown restrictions were eased, but major sites like Vaishno Devi, Kedarnath and shrines like Shirdi and Tripati remains shut.

The popularity of pilgrimage tourism could be gauged with the fact Prime Minister Narendra Modi on 15 July reviewed the progress of the Kedarnath Lord Shiva temple's reconstruction and development work for the second time in a month.

“With the sheer sight of Lord Shiva, millions of devotees get extraordinary energy. Travellers should get all facilities on the Gaurikund-Kedarnath route, through technology historical and cultural significance of the pilgrimage should be showcased. A detailed review was also done to develop such arrangements, said Modi in a Tweet.

The tour operator from Gurugram Vikas Rai believes that pilgrimage tourism would be the first to open up and that even the coronavirus would not be able to stop devotees from visiting temples.