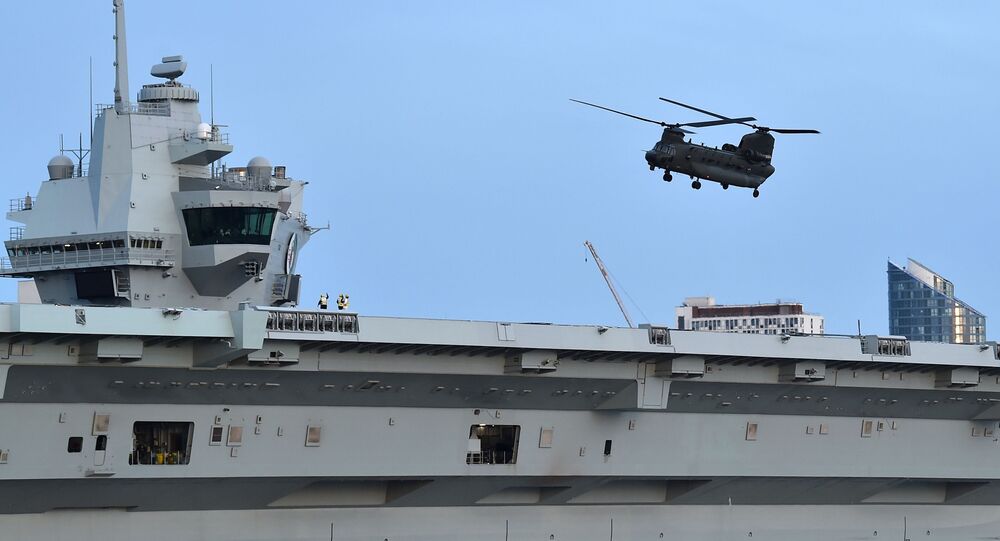 According to the newspaper, the carrier is expected to start its voyage within a carrier strike group in early 2021. The ship's crew comprises almost 700 people, while together with crews of fighter jets and helicopters it might amount to 1,600 people.

The ship, which cost the UK authorities about $3.9 billion, will depart from the UK with two squadrons of F-35B Lightning II fighter jets aboard, the media said.

The vessel is set to visit the Far East and conduct military exercises with allies, including the United States and Japan.

Plans to send the aircraft carrier to the Asia Pacific region are being considered as part of the review of the UK foreign and security strategy.